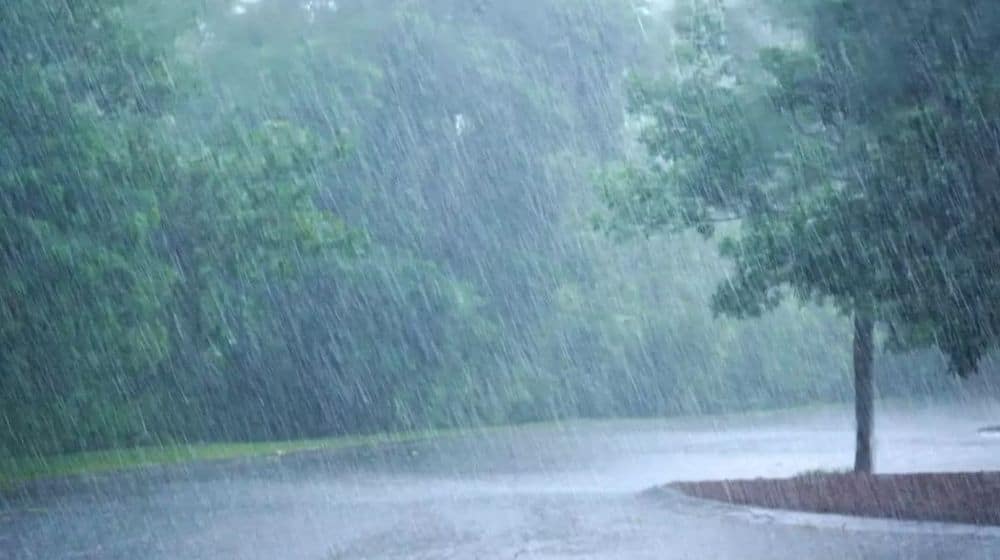 Another spell of monsoon rains is expected tomorrow as more torrential rains have been predicted across the country from 14 to 18 August.

As per the latest Pakistan Meteorological Department (PMD) advisory, monsoon currents are persistently entering the southern regions of the country as a result of the newly developed depression in the Arabian Sea, which is likely to head west along the coast of Makran.

Another low-pressure area (LPA) may advance towards Sindh on 16 August and cause thundershowers with winds in Sindh, Balochistan, Punjab, Islamabad, Khyber Pakhtunkhwa (KP), Gilgit Baltistan (GB), and Kashmir from 14 to 16 August with intervals.

Sindh and Balochistan are also likely to experience periodic scattered thundershowers with winds between 16 and 18 August.

It also stated that fishermen are to remain cautious from 16 to 18 August, and advised travelers and tourists to be careful during these days.

The PMD added, “All concerned authorities are advised to remain ALERT and to take necessary precautionary measures during the forecast period”.