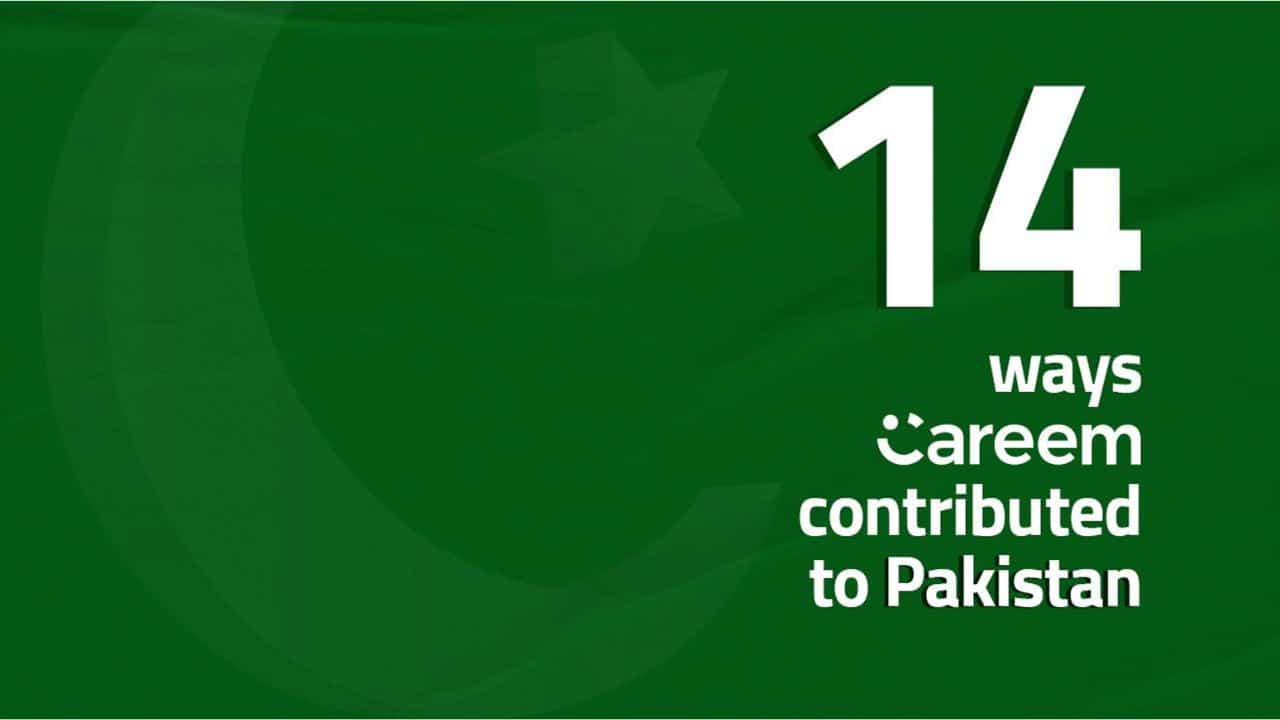 The memory of an independent state ‌remains fresh when narrated by our forefathers. This was indeed one of the most precious occasions of their lives.

In all reality, it was 75 years ago today we were blessed with a nation of our own. A nation based on key pillars like ‘unity’, ‘faith’, and ‘discipline’.

Like every year, we witness many organizations celebrating ‘Independence Day’ differently, intending to contribute to a better future for Pakistan and its youth.

This year, we reached out to a local homegrown brand Careem, to highlight 14 ways they have contributed to Pakistan and its tech ecosystem.

Since its inception in 2015, Careem has invested more than $100 million in Pakistan. In 2022 alone, the company plans to invest $25 million to further simplify and improve Captains’ and customers’ experience in Pakistan.

This is a huge amount being invested in the country, considering it comes along with income generation opportunities for the masses.

So far, Careem has created a customer base of around 9-10 million in Pakistan and has ‌800,000 registered Captains on the platform.

This means at one point or the other, Careem has been the means of income for 0.8 million people, whereas the company has approximately 300-500 colleagues working in it.

It is a fact that women would earlier rely on male members of their family for everyday commutes. Public transport was always a challenging option for the female segment of the population to use, particularly because of issues about safety and security.

Today, however, millions of women commute through Careem signifying the personification that the platform has conquered a substantial milestone in the country by empowering them to break stereotypes. 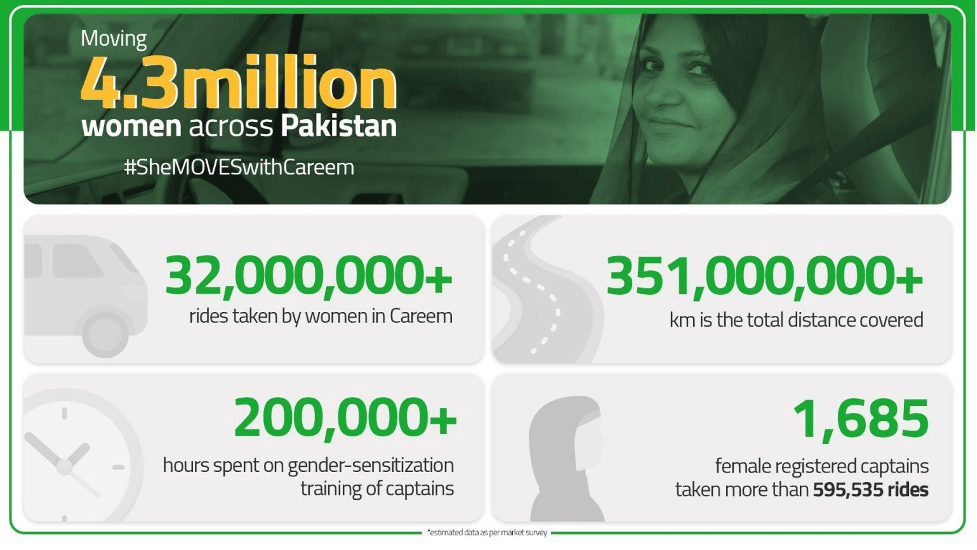 As per the official data released by Careem on International Women’s Day 2022, it showed the trends of female mobility on its platform. From 2016 to 2021, Careem moved 4.3 million women taking ‌32 million rides and covering a distance of over 351 million.

Over the years, Careem has empowered many women in earning a  livelihood, which offers flexibility in routines. Careem is also notable for overcoming the social “shock-factor” of women driving around by allowing them to become Captains.

Careem has provided income opportunities to over 1600 female Captains who have an average rating of 4.83. Women Captains have completed nearly 570,000 rides over a distance of 4,500,000 kilometers.

Not many people are aware of this, but the first code for the Careem application was written in Pakistan.

It was written by a colleague named Tafseer Siddiqui, who recently left the company in September after putting his heart and soul in Careem for almost a decade.

We can all agree on the fact that Careem’s marketing campaigns have always been bold, out-of-the-box, and low-key risky too. Some of the most prominent ones that spoke regarding topics like forced marriages were ‘runaway bride’ and ‘rishta aunty’. 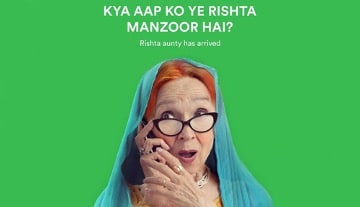 7. Leapfrogging the Tech Ecosystem in Pakistan

Careem also heavily invested in enhancing the tech talent in Pakistan, equipping them with the resources needed, and with passaging time those resources went out in the market and followed in Careem’s footsteps of starting their own companies.

Careem has truly used the potential of technology to act as an enabler, virtually redefining the experience and mechanism for donations.

Similarly, Careem rewards are virtual redeemable points that customers receive upon using any of the ‌services in the mobile application across the region.

In Pakistan, customers get these points from taking a ride to using the delivery service or mobile phone recharge. Customers can redeem t points to get buy-one-get-one meals, discounts on entertainment, and shopping from a variety of options available in the rewards section.

The literal meaning of the name Careem is ‘generous’, and its co-founder and CEO does not take it lightly.

Over the years, Mudassir Sheikha has donated USD 2 Million to LUMS to reward the high-performing undergraduate scholars at the Syed Babar Ali School of Science and Engineering (SBASSE), and partnered with the Institute of Business Administration (IBA), Karachi to offer scholarships to 10 deserving students each year through the Sekha Endowment Fund.

Careem has always been at the forefront of coming up with meaningful and innovative partnerships, especially for their Captains to simplify and improve their lives.

The partnerships are in all areas which can provide ease of pocket such as healthcare, mobile phones, groceries, education, fuels/lubricants, and other services like car wash, oil change, etc.

Over the years, Careem has actively partnered with the government of Pakistan, both federal and provincial levels on a variety of different things.

During COVID, Careem partnered with the government to conduct vaccination drives for its Captains and colleagues at its offices.

Similarly, they partnered with  National Command and Operations Center (NCOC) to map 600 government vaccination centers on its application, enabling people to book a ride to and from the centers to get their vaccination or boosters shots, following the outbreak in the Omnicorn variant of Covid-19.

The feature entailed detailed information on over 600 vaccination centers mapped across the country, including the center timing, locations, and eligibility.

Similarly, Careem partnered with the Tourism Development Corporation of Punjab (TDCP) to facilitate tourism in Punjab.

As per TDCP will train the agreement to become certified tourist guides for people interested in learning more about the culture and history of Lahore. To avail of the service, people in Lahore will ‌choose a specific car type called ‘Safe and Secure Tourism (SST)’.

During COVID, Careem unified all its services to launch a multi-service, everyday super app. As a super app, Careem started providing multiple services alongside its core business of ride hailing such as food delivery and payment.

Oh, and we cannot forget, Careem was the first one to pilot food delivery via drones. Let’s let that sink in.

If you have been an avid reader of news or follow the technology landscape of Pakistan, you ‌already know that countless alumni who have worked at Careem are now owners and founders of their very own startups.

They have also secured decent seed fundings for their businesses. Have a look at how co-founder and CEO Mudassir Sheikha feels about it.

The 14th point is actually a no-brainer. Careem entered the Pakistan market when we most needed it.

One cannot deny that the public transport infrastructure in our country is not at par, which used to cause a lot of trouble in basic communication from point A to point B. ‌ 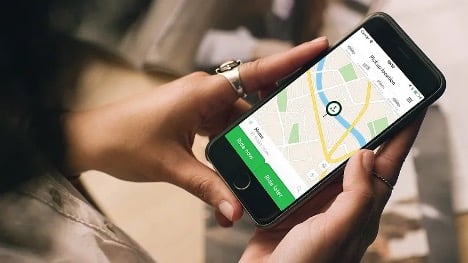 Careem was the first to be a lifesaver, enabling us to move freely with a click of our fingertip. So thank you Careem!

So there you go! 14 ways Careem has actually stayed true to its purpose – of simplifying and improving our lives! Let us know what you think in the comments.