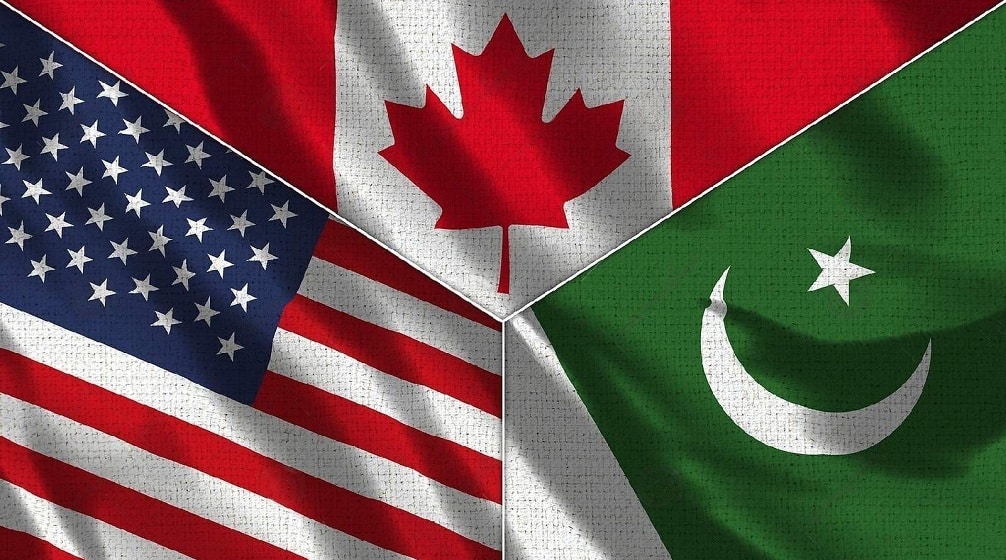 Ambassador Masood Khan has said that Pakistan was being positioned as an economic and transit hub and a meeting point for positive global interests.

“We are committed to making Pakistan a beacon of peace and prosperity in the region”, said Pakistan’s Ambassador to the United States.

He was addressing the flag hoisting ceremony on the occasion of the 75th Independence Day of Pakistan which was attended by senior officials of the US State Department, friends of Pakistan from the US, and a large number of the Pakistani diaspora.

Addressing the gathering, the Ambassador paid homage to the sacrifices of our forefathers for their vision and unparalleled sacrifices that ultimately resulted in the creation of a miracle called Pakistan. “Pakistan had a remarkable journey over the last 75 years. Despite external and internal challenges, Pakistan has moved forward to become a resilient nation”, observed the Ambassador.

Elaborating on the future vision of the country, the Ambassador said that Pakistan’s unique geographic location, demographic dividend, democratic orientation, and rich human and natural resources clearly put the country in a unique position to realize its vision.

The Ambassador, on the occasion, highlighted close friendly ties with the United States and a robust partnership between the two countries in various critical sectors including trade, investment, regional connectivity, energy cooperation, people-to-people ties, education, and cultural exchanges.

We have been partners in making peace, building peace, and keeping the peace. We will continue to work with the U.S. for peace and prosperity in the region and beyond.

The Ambassador said that the people of Pakistan have always had a tremendous cultural affinity for the US. Our brightest young men and women aspire to study in US colleges and universities through scholarship programs such as Fulbright. These Fulbright scholars have contributed tremendously to Pakistan’s socio-economic progress.

The Ambassador, on the occasion, also appreciated the role of a dynamic and vibrant Pakistani American community in the US and their valuable contributions to US politics, culture, and economy. “They are a bridge between the two countries”, remarked Masood Khan.

Elizabeth Horst, Principal Deputy Assistant Secretary from State Department, speaking on the occasion said that the founders of both the countries ‘envisioned an independent and democratic free society.’

She reiterated that the United States has always viewed a strong, prosperous, and democratic Pakistan as essential for the interests of both countries.

We have fostered decades of collaboration between Pakistan and the United States. Among the challenges our two countries are jointly addressing are boosting trade development, the ongoing COVID-19, climate crisis, improving educational access and excellence, and regional peace and stability.

She especially highlighted the robust partnership between the two countries in the education sector. Highlighting the visit of 800 students to the US every year and a network of over 37,000 Alumni, she said that “every student is an ambassador and a champion for the advancement of our relations.”

Ms. Elizabeth Horst also noted the increasing trade and investment relationship between the two countries and said that US-Pakistan trade increased last year by $200 million in the agriculture and energy sector. “There are many opportunities right now, particularly in the digital economy”, she continued.

“We welcome Ambassador Khan to the State Department next month to inaugurate a new exhibition from the American Pakistan Foundation and National Museum of American diplomacy celebrating our deepening educational linkage”, she added.

Youth representatives and high achievers also spoke on the occasion.

Sania Alam, recipient of the US President’s Lifetime Achievement Award and a coach for Speed Learning and Mind-mapping, and Dr. Qaisra Saeed, who scaled K-2 besides her other notable achievements, also addressed the gathering. Young interns who have had the opportunity to work at Pak Embassy in Washington also shared their thoughts.

Children also presented a national song which was greatly applauded by the gathering.

The Ambassador along with US guests also cut the cake to mark the 75th anniversary of the Independence of Pakistan.

The 75th Independence Day of Pakistan was marked in Canada with elaborate flag hoisting ceremonies held at the Pakistan High Commission in Ottawa and the Consulates General of Pakistan in Toronto, Vancouver, and Montreal.

The main event of the day was the flag hoisting ceremony held at the Pakistan High Commission where High Commissioner for Pakistan Zaheer Janjua hoisted the national flag to the accompaniment of the National Anthem in the presence of a large number of Pakistan expatriates, including Canadian MP George Chahal, who had gathered at the chancery in Ottawa. The Messages of the President and the Prime Minister were also read out on the occasion. Later, a beautiful specially made cake in green and white Pakistani flag colors to fit the occasion was also cut.

In a message on the occasion, High Commissioner Zaheer Janjua felicitated the Pakistani diaspora in Canada on the 75th Independence Day of Pakistan. He paid tribute to the founding fathers of Pakistan for their heroic struggle and sacrifices for attaining the goal of an independent motherland.

He said Pakistan had weathered many challenges in the past 75 years but the goal of achieving a better, stronger, and prosperous Pakistan as envisioned by our founding fathers was ongoing and required continued collective and concerted efforts of all at all levels.

He said Pakistan desires friendly relations on an equal basis with all countries in the region and the world. He said Pakistan and Canada are also marking this year the 75th anniversary of the establishment of their diplomatic relationship. We enjoy cordial and friendly relations with Canada and the economic, educational, and cultural linkages between both the countries are getting stronger, he said.

He also paid rich tributes to the Pakistani diaspora in Canada for their role in strengthening bilateral relationships and contributing to the progress and development of their adopted home and the country of their origin.

He hoped and prayed the Kashmiris suffering under the Indian yoke would also have their freedom one day.

Later in the day, the Pakistan High Commission and Salam Pakistan Canada, a local organization of Pakistani Canadians, jointly organized ‘Pakistan Festival’, a cultural fest featuring a host of attractions, including food and clothing stalls, shoes, jewelry, paintings, artifacts, etc, at the historical Strathcona Park in the Canadian capital.