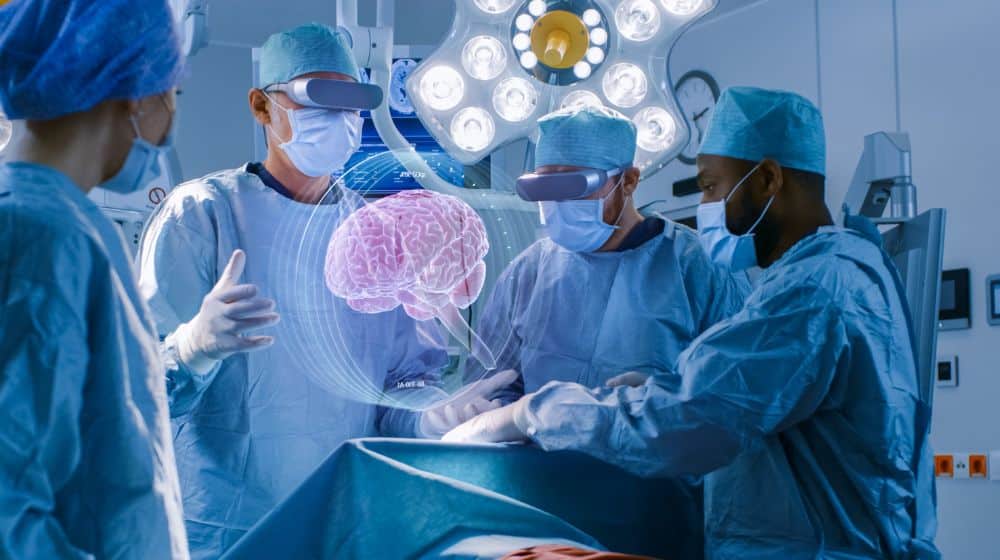 In a rare occurrence, a patient who had undergone awake brain surgery was discharged on the same day after his operation in the Maroof International Hospital (MIH), Islamabad.

Professor Dr. Akbar Ali Khan, a neurosurgeon at the MIH, performed the surgery on 32-year-old Asim Shehzad, who was allowed to go home on the same day and was asked to return for a follow-up examination after a week.

Shehzad was discharged within 12 hours of his surgery, as stated by hospital sources.

“He was discharged from the hospital the same day just hours after the surgery. I have advised him to come for a follow-up visit after a week and then after six months he will undergo an MRI test to see if there is any re-growth of the tumor,” Dr. Khan explained.

During the craniotomy procedure, Dr. Khan questioned the patient, “Pakistan ka matlab kya? (What is the meaning of Pakistan?),” and Shehzad consciously replied, “Laila Ilaha illallah, Muhammad ur Rasool Allah (I bear witness that there is no deity but Allah, and I bear witness that Muhammad is the messenger of Allah)”.

Dr. Khan, who specializes in minimally invasive brain and spine surgery, mentioned that he has been practicing this complex awake brain tumor surgery for the last four years.

Through this technique, the tumor is removed, saving the patient from brain damage and paralysis. I am delighted that after four years of my hard work, I successfully conducted the most difficult and complicated operation in Pakistan. The biggest advantage of this surgery is that the patient had control over his limbs and speech throughout the operation.

Dr. Khan added that the procedure has been performed in some countries but discharging the patient on the same day of the operation is rare.

He continued, “At present, Howard University in the US and a hospital in Toronto, Canada, have been performing awake brain surgeries in which patients are discharged the same day. I have worked in the UK and until 2018, not a single such surgery was performed. Even after that, I did not get any information that such a surgery has been performed to date”.

Dr. Khan also expressed his gratitude to his fellow doctors who assisted in the procedure.

The same procedure was previously also performed at the Shifa International Hospital, Islamabad, and Aga Khan Hospital, Karachi, but the patients were not discharged on the same day.

Dr. Khan said that patients usually have to stay in the hospital for a minimum of five days, which results in increased hospital bills.

As Pakistan is a developing country, it is not possible for a large number of patients to afford the cost of brain surgeries, but awake brain tumor surgeries will facilitate patients to get treatment at a much lower cost.

Dr. Khan also advised hospitals to adopt this surgical procedure as it is affordable for the patients and reduces the hospital stay time.

Speaking about the procedure, he said, “It is a delicate surgery in which a mild anesthesia is given and small cuts have to be ensured”.

A spokesperson for the Ministry of National Health Services termed the surgery and its outcome a positive and inspiring development.

He added, “The private sector has been providing health treatment to 70 percent of the country’s population and it has been contributing to managing the load of the patients”.

He was also hopeful that more hospitals will introduce innovations in their treatment facilities to facilitate the patients and reduce their financial burden.