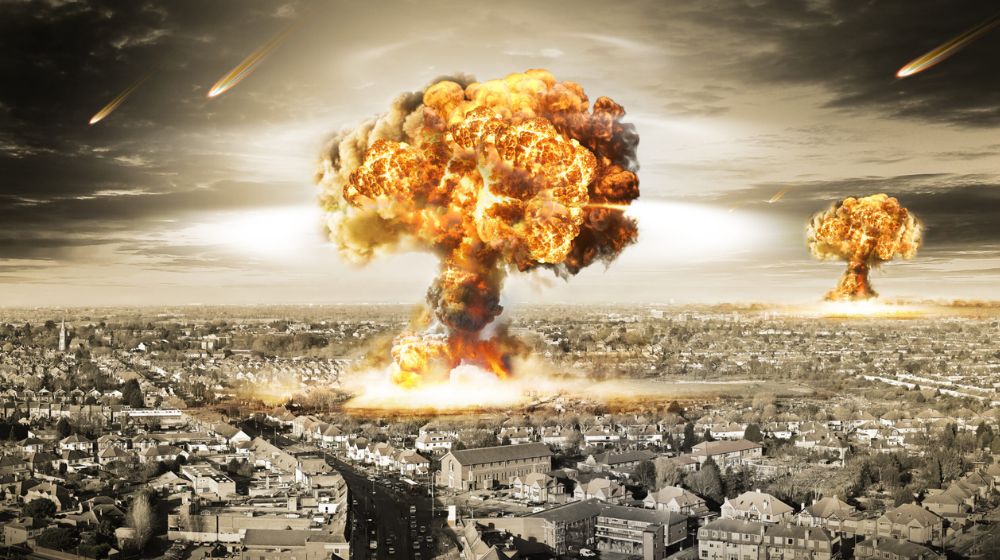 In a hypothetical study, researchers warned that even a limited-scale nuclear war between Pakistan and India could lead to disastrous consequences like global food shortage and mass-scale deaths.

The study was conducted by researchers at Rutgers University, United States (US), and published in a journal, Nature Food on Monday.

As per the study, less than three percent of the world’s nuclear stockpiles could kill one-third of the world’s population within two years if a nuclear conflict emerges.

The researchers detailed that a nuclear conflict is possible between Pakistan and India as both countries have fought four wars and still have frequent border disputes.

In view of a hypothetical situation, the study revealed that around 127 million people in South Asia would die of explosions, fires, and radiation if 100-kiloton nuclear weapons are used by Pakistan and India (which they claim to possess) to target each other’s urban centers.

Meanwhile, the latest study mentioned that food production would massively collapse and the number of calories available from agriculture and fisheries would drop up to 42 percent, resulting in a famine that would eventually kill 2 billion people globally. Similarly, a nuclear war between US and China would kill around 5 billion people worldwide.

In relation to this, approximately 37 million tons of soot would be released into the environment, reducing planetary temperatures by more than 5° Celsius, a scale that was previously witnessed in Ice Age, an earlier research by Robock and others stated.

A 2020 research paper by scientists at Lawrence Livermore National Laboratory projected that the exchange of 100 15-kiloton nuclear arms would cool down the global climate if densely populated urban centers burst into flames. The paper further claimed that there would be little to no effect on the climate if those were limited to sub-urban regions only.

On the other hand, the study presumes that countries would target their main cities with dense fuel concentrations therefore the climatic effects would be drastic.

However, Pakistan has claimed that it would use tactical nuclear weapons in case of war and not attack Indian cities completely, in order to prevent conventional invasion, he added.