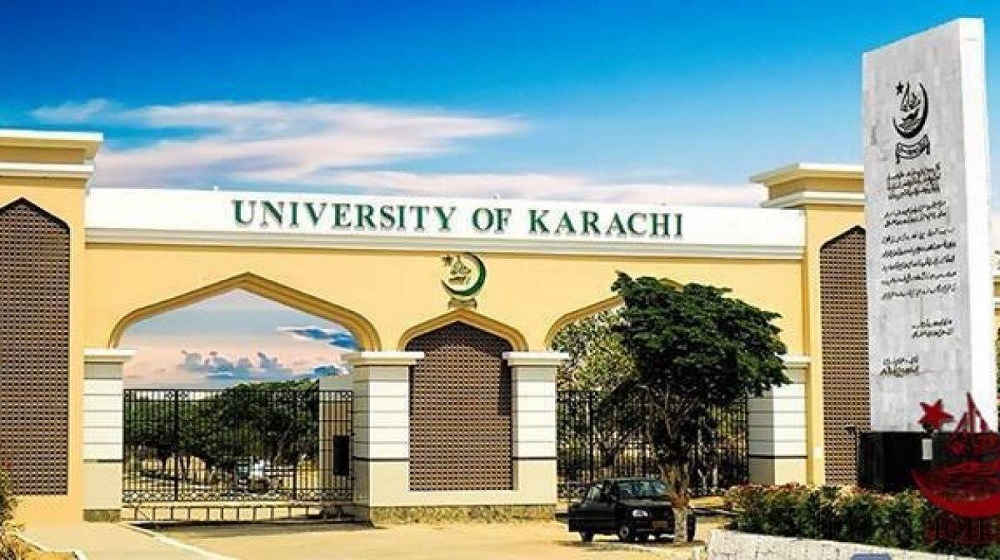 Continued negligence and irresponsibility by the Karachi University administration have put the university’s assets and security at risk. A ‘Sports Pavilion’ has sprung up in an illegally constructed building on the university grounds.

the University of Karachi claims that this place is the property of the university in the university records, after which the court has issued a stay order on this place. Despite this, not only a new business has been opened in this building by an unknown private party, a sports pavilion has been established, but also, the walls of the building have been allocated for advertisements and signboards.

It is pertinent to note that the relevant departments of the University of Karachi remained completely silent in this regard. The issue was highlighted by a teacher of the chemistry department who eventually wrote to the acting vice chancellor of the University of Karachi, mentioning that the illegal building on the university’s land is now also being used for commercial activities in the name of sports.

The teacher insisted that its illegal use be stopped immediately since the building is present within the university premise.

What’s even more concerning is that despite this letter, the outgoing administration, as well as the current administration have both been sleeping until a few days ago. The concerned departments have not taken any action, and it seems that all this is being done by the will of these departments. The new Security Advisor of the university has also kept mum over the issue.

A lot of land of the University of Karachi campus has already been occupied by encroachers due to serious negligence of the relevant departments. The occupied land is practically in the possession of restaurants, drug cartels, and a government hospital.

Sources, according to reports, from the University of Karachi say that at least three acres out of seven are under the use of illegal occupants and billions of rupees are being traded daily on this land of University of Karachi allocated for education and research, however, the administration is not ready to do anything about it despite being made aware of these concerns countless times.