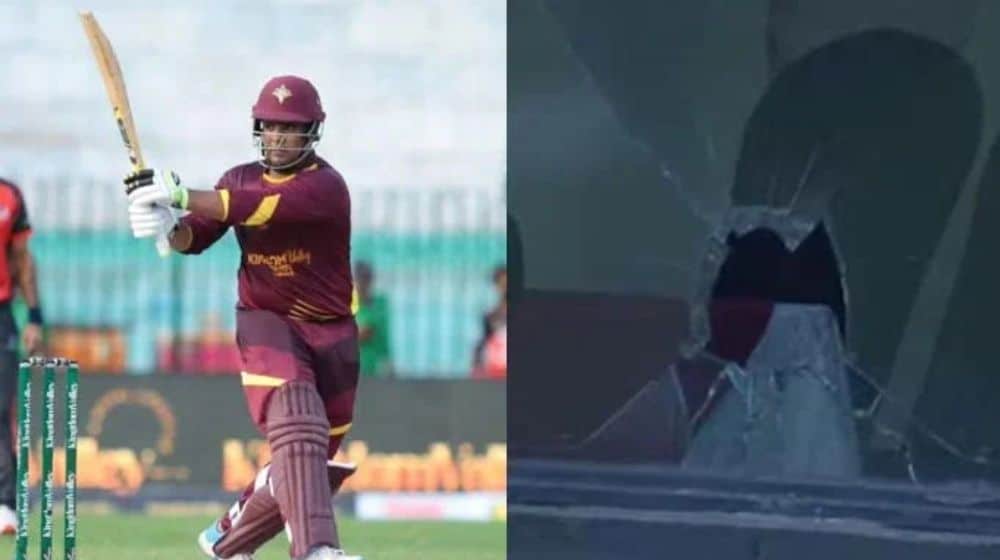 Jammu Janbaz claimed their first victory in the second edition of the Kashmir Premier League (KPL) after they defeated the Overseas Warriors by five wickets at Muzaffarabad Cricket Stadium on Monday.

Despite Sohail Khan’s hat-trick later in the innings, the Jammu Janbaz opening batters, Sharjeel Khan, and his opening partner, Shahzab, ran riot against the Warriors in the rain-affected clash.

In response to 101 runs, Shahzab scored 40 runs off 18 balls, Azaz Khan 17, and Sharjeel 29 runs off 18 balls, including four boundaries and a towering six that broke the window, as the video of the six made rounds on social media.

The incident occurred during the Janbaz innings’ second over when the left-handed opener hit a good-length delivery from Umaid Asif. Umaid conceded 44 runs in just two overs.

Sohail Khan, an experienced pacer, impressed with his maiden hat-trick while conceding only 14 runs in two overs. Sohail Khan sent back Umar Akmal on the first ball.

Azam Khan and Imran Randhawa remained top scorers for the Warriors as they scored 29 runs each from 15 and 12 balls respectively while Muhammad Shehzad and Kamran Ghulam scored 17 and 15.