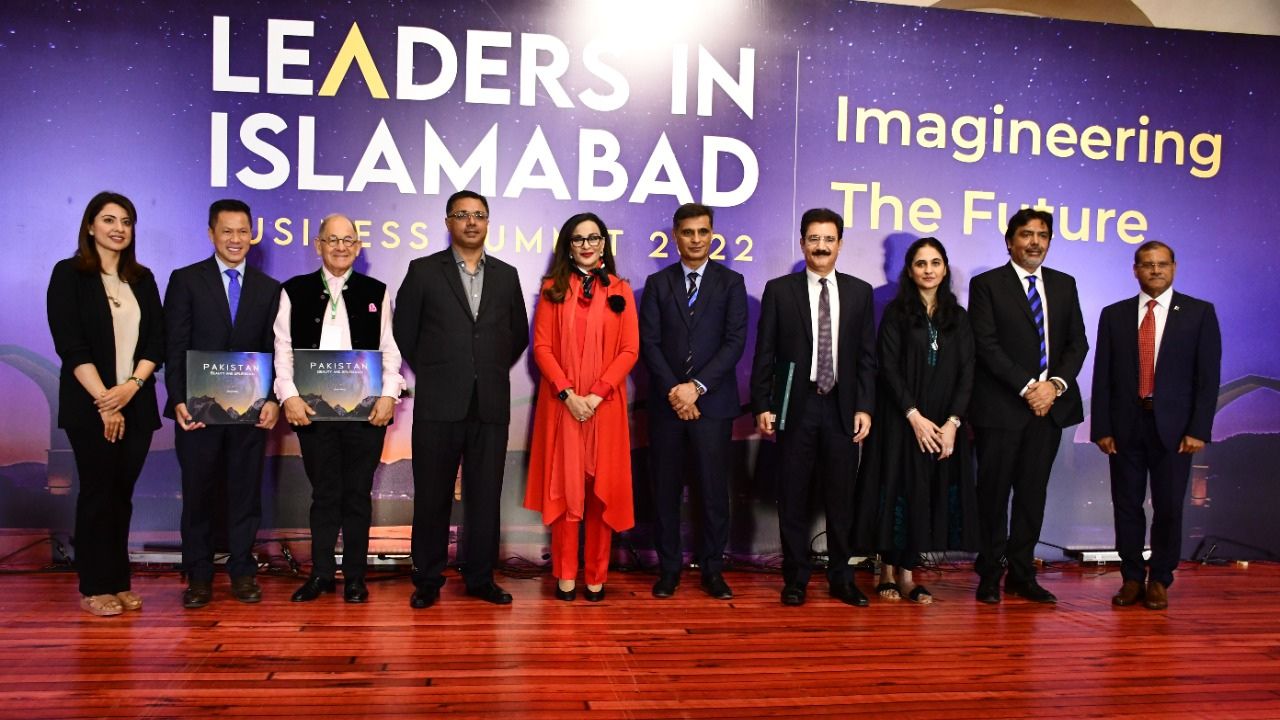 Leaders in Islamabad are instrumental in bringing new thoughts and significant perspectives always.

The Summit is jointly hosted by the Nutshell Group and Martin Dow, in strategic partnership with OICCI – Overseas Investors Chamber of Commerce & Industry.

While addressing Summit held at a local hotel on Wednesday, Dr. Miftah Ismail, Minister of Finance, said, “The government is considering promoting exports of the country at an aggressive level through an incentive of significant tax waiver to companies which could enhance their exports by 10% of its productions.’’

He said that the government would provide full support to companies having plans for exporting their products to different countries because it is a daunting task that must be taken as a challenge.

“Various business groups in Pakistan are performing outstandingly and contributing to the national economy through taxes and different ways but they spend $200 million on imports every year which needs to be addressed by enhancing our exports,” he said.

He also added, “If you make something, sell it abroad, if you build, go construct abroad, if you offer a service, offer it abroad. The nation should set the direction to the promotion of exports.’’

Businesses in Pakistan should think beyond the local market to explore foreign markets to enhance their exports through aggressive value-addition.

Containing the expenses in imports can stabilize the budget deficit including the trade deficit and current account deficit in tandem, he stressed.

The government may not enhance the export overnight but it did control imports of non-essential goods which impacted inflows of foreign exchange to the tune of $700-800 million in the interbank market in the last few months while the country also paid its scheduled debt-servicing in the first week of August.

She said that climate change was a matter of national security that had affected adversely food and energy security, supply chain, infrastructure, and precious lives of the citizens across the country.

Sherry added, “One-fifth of Pakistan is submerged at present due to heavy monsoon rains which have wreaked havoc on the infrastructure in many parts of the country especially Balochistan and Sindh. Pakistan is at the front of climate change and we would like all corporates to interweave sustainability goals in their mission statements.”

She said that greenwashing had to end and genuine efforts had to be made.

She also mentioned that her ministry was trying to move the markers for 2050 down to 2030 as climate change is accelerating and Pakistan’s pace needs to match it.