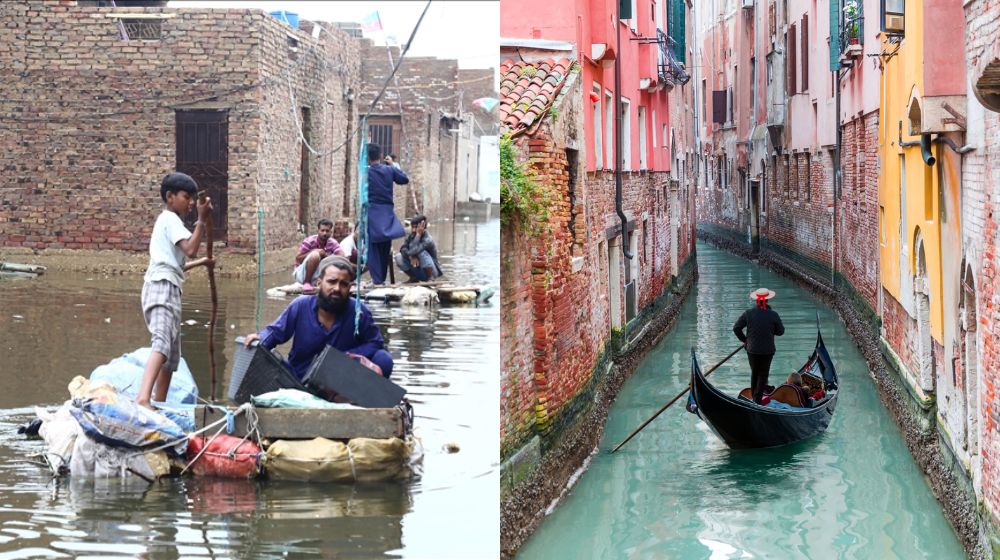 A video has gone viral over the internet in which senior PPP leader, Manzoor Hussain Wassan, is comparing flooded areas of Sindh with Italy’s Venice.

The controversial remarks made by Mr. Wassan have sparked severe criticism on social media, as Sindh is a calamity-hit area, whereas Venice is a scenic tourist region comprised of 100 small islands.

The PPP leader surveyed the flooded regions in Sindh on a boat and said that the submerged lands reminded him of his visit to Venice, as one could see villages, houses, and bungalows surrounded by water.

Previously on 27 August, flood victims had staged a protest in front of Manzoor Wassan’s vehicle after blocking its way on National Highway near his hometown, Khairpur.

However, he fled the scene after the protestors tried to approach him and asked him to come out of the vehicle to listen to their grievances.

Note here that Wassan is a prominent Pakistan Peoples Party (PPP) leader. He has been a Member of the National Assembly (MNA) and a Member of the Provincial Assembly (MPA) multiple times on PPP’s ticket. In addition, he has also held important ministries under his party’s government.