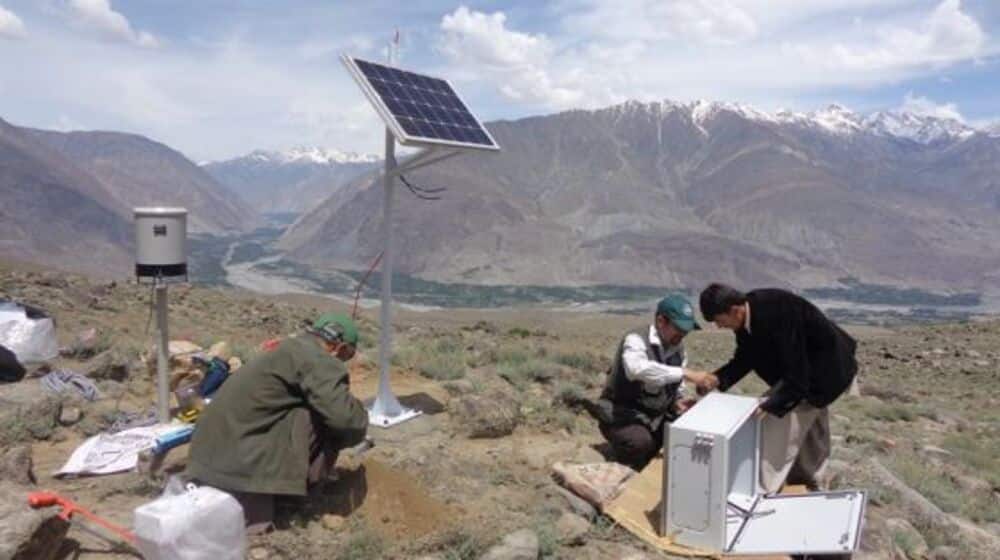 The government has started the procurement of the ‘Early Flood Warning System,’ which will provide exact data about floods and will help prevent the loss of life and property in the future.

This was highlighted by the officials of the Glacial Lake Outburst Flood (GLOF-II) Project while briefing the Senate Standing Committee on Climate Change, which met under the chairmanship of Senator Seemee Ezdi.

The officials of the GLOF-II apprised the committee that they geographically operate in 10 districts of Gilgit Baltistan (GB) and 8 districts of Khyber Pakhtunkhwa (KP), while their primary work includes warning locals regarding floods, creating community-based disaster risk management centers, and safe areas, conduct awareness sessions for locals, and creation and maintenance of gabion walls and irrigation channels to mitigate the flood damages.

The committee also questioned the National Disaster Management Authority (NDMA) about the total damage caused by the recent flood and funds/assistance received from the international community for the flood-affected areas. NDMA officials stated that as of 11th September 2022, a total of 1,412 persons have lost their lives while approximately 1,749,532 houses have been either partially or completely damaged.

NDMA officials further added that donations worth Rs. 3.3 billion have been received in the Prime Minister (PM) Flood Relief Fund. However, the NDMA failed to shed light on the contribution received from the international community as the matter comes under the ambit of the Economic Affairs Division.

Senator Taj Haider stated that climate change is a major issue for the country. Construction of check dams and revival of natural waterways can reduce the disastrous effects of the floods, he said.

While deliberating on the matter of the recent incident of forest fire in KP, Senator Semee Ezdi stated that Pakistan is already considered among the most vulnerable country to climate change, so there is a dire need for joint effort for the preservation of forests, owing to their importance for our ecosystem. She also directed the secretaries of the forest department of all four provinces to brief the senate body about their policies and efforts for the preservation of the forests.