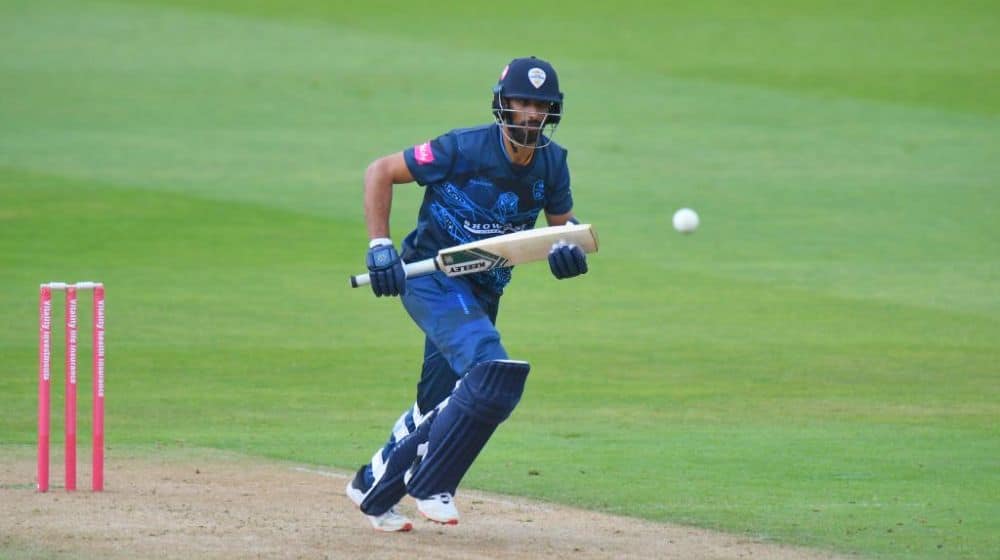 Shan Masood has credited the Head of Cricket at Derbyshire, Mickey Arthur, with boosting his confidence. The left-handed batter recently recalled his time with Derbyshire as a significant learning opportunity to further polish his skills.

After an exceptionally steady run in domestic and County cricket, opener Shan Masood, who is now prepared to bat at any given number, has finally made it to the national squad. Shan Masood remembered his final campaign with Derbyshire as a massive boost to his already outstanding batting form.

Shan claimed that Mickey supported him as he was poised to make an impact with the bat and lead the team as well. He asserted that his time at Derbyshire has considerably enhanced his technique and attitude, as he has grown more confident.

Prior to the T20I series against England, the left-hander stated in a press conference that he has watched most of the English players during the county season and that they can pose a threat even in foreign conditions. Shan Masood also expressed delight at England finally visiting Pakistan after a long wait of 17-year.