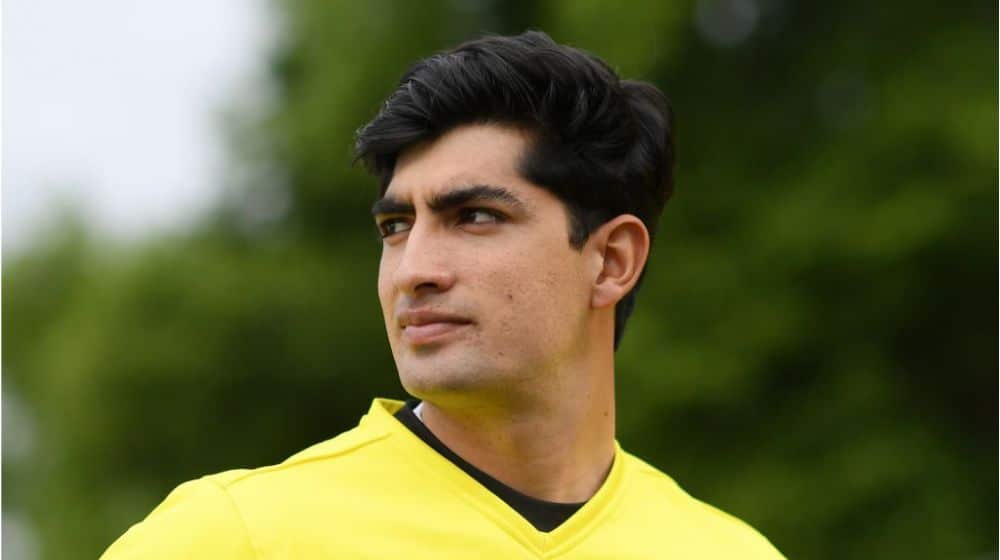 Naseem Shah has crossed 1 million followers on Instagram in no time after his outstanding T20I debut in Asia Cup 2022.

19-year-old Naseem Shah has now entered the 1 million club as his Instagram following skyrocketed seeing his epic performance in the event. Naseem, who led Pakistan’s pace attack against India on his debut, became an overnight sensation in Pakistan with millions of people talking about him. The young pacer also received online attention from other countries including India.

With this, Naseem Shah’s following has increased massively in the month of September. The young pacer, who had about 400,000 followers before the Asia Cup, has now reached the 1 million figure.

Naseem Shah earned a massive fan following post his match-winning sixes against Afghanistan in the last over. The young pacer had around 484,000 followers before that match but as soon as Naseem Shah smashed those mighty shots, the numbers jumped to 728,000.

Naseem’s popularity in India also saw a huge jump after Bollywood actress, Urvashi Rautella, shared a cute edit of them from the Pakistan-India match. The two later followed each other briefly, before unfollowing due to unknown reasons.