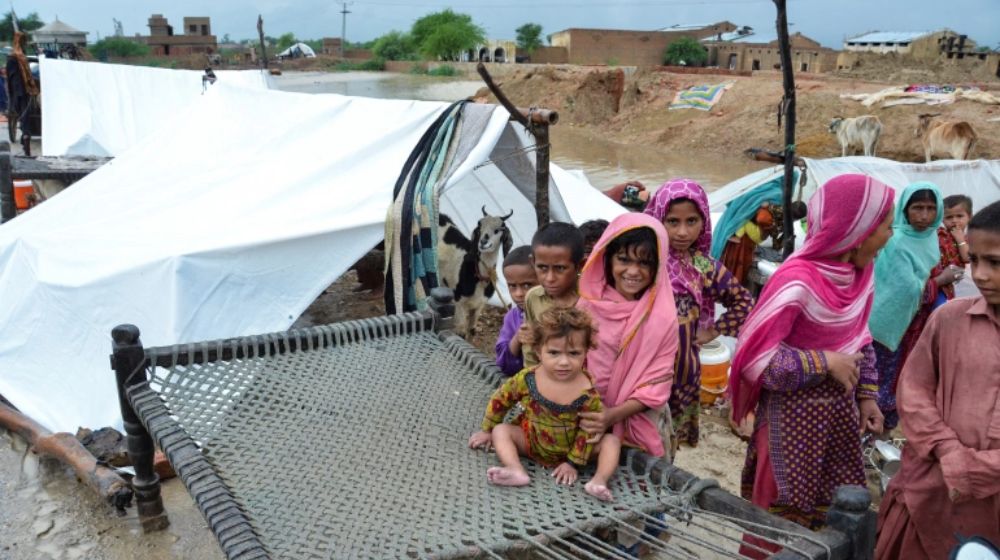 The World Health Organisation (WHO) Director-General Tedros Adhanom Ghebreyesus has expressed concerns over the potential for a second disaster in Pakistan due to the spread of diseases in the flood-hit areas of the country.

In a statement, the WHO chief said that the water supply is disrupted, forcing people to drink unsafe water, which can spread cholera and other diarrhoeal diseases. Standing water enables mosquitoes to breed and spread vector-borne diseases such as malaria and dengue, he added.

Deeply concerned about the potential for a 2nd disaster in #Pakistan, spreading disease and threatening lives following the flooding. If we act quickly to protect the health system and deliver essential services, we can reduce the impact of this impending health crisis. pic.twitter.com/4JbyY0gP6r

Ghebreyesus said that health centers have been flooded, their supplies damaged, and people have moved away from home which makes it harder for them to access their normal health services. All this means more unsafe births, more untreated diabetes or heart disease, and more children missing vaccination, to name but a few of the impacts on health, he added.

“If we act quickly to protect health and deliver essential health services, we can significantly reduce the impact of this impending crisis,” he added.

Highlighting that nearly 2,000 health facilities have been fully or partially damaged, he said “Health workers in Pakistan are stretched to the limit as they do all they can to deliver critical services amid the destruction.”

He said that together with the government of Pakistan, UN, and NGO partners, WHO is setting up temporary health facilities and medical camps and helping to re-supply medicines to other health centers. Disease surveillance is being increased so outbreaks can be detected early and people can get the treatment they need, he added.

WHO immediately released $10 million from the WHO Contingency Fund for Emergencies which enabled us to deliver essential medicines and other supplies, the statement said.

Thanking the donors for their prompt response to the flash appeal, he urged donors to continue to respond “generously” so that lives can be saved.