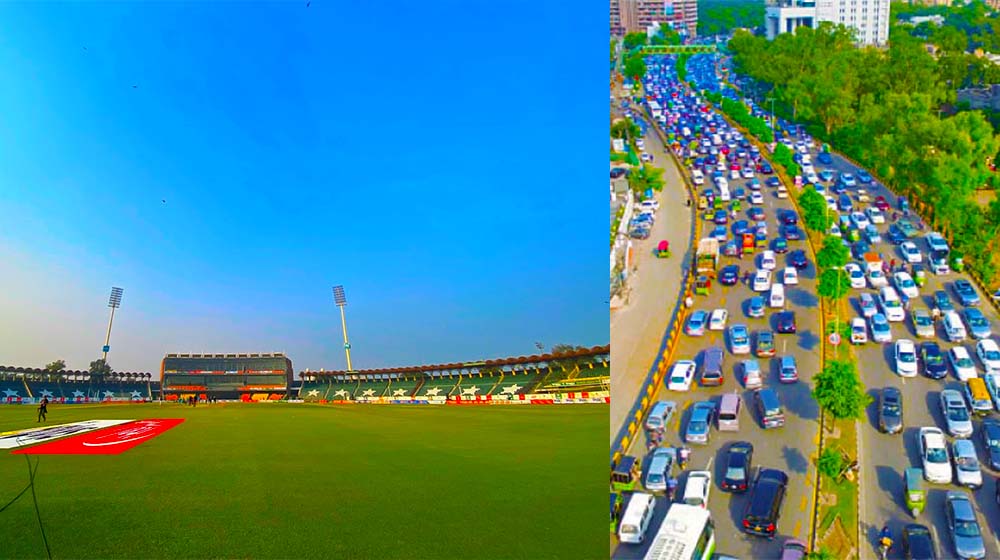 Karachi is set to host the first four T20I matches between England and Pakistan starting from 20th September. The administration has devised a strategy to maintain a seamless traffic flow in Karachi during the matches.

Parking has been made available at the Expo Centre for fans travelling to the National Stadium from various parts of Karachi. Security staff will inspect the original ID cards and match tickets.

Residents of the Central and West districts can park their cars and motorbikes at the Expo Centre and be shuttled to the National Stadium through Liaquatabad No 10 and Hassan Square.

Visitors of District South, City, Sharah-e-Faisal, and People’s Chowrangi can park their cars and motorbikes at the Expo Centre through Jail Road.

The spectators will then be transported to the National Stadium via shuttle service.

The National Coaching Centre (China Ground) Parking has been designated for media staff. Those travelling from Karsaz will reach the spot through Habib Ibrahim Rehmatullah Road and the Stadium Flyover.

Those travelling from New Town will need to use Sir Sher Shah Road, passing via Aga Khan Hospital.

From Sohrab Goth to Nipa, Liaquatabad No 10 to Hassan Square, People’s Chowrangi to University Road, and Karsaz to Stadium, all heavy traffic will be restricted.

To avoid any disruption, the public is asked to comply with law enforcement and traffic police. In the case of an issue, Traffic Police representatives can be reached at 1915.