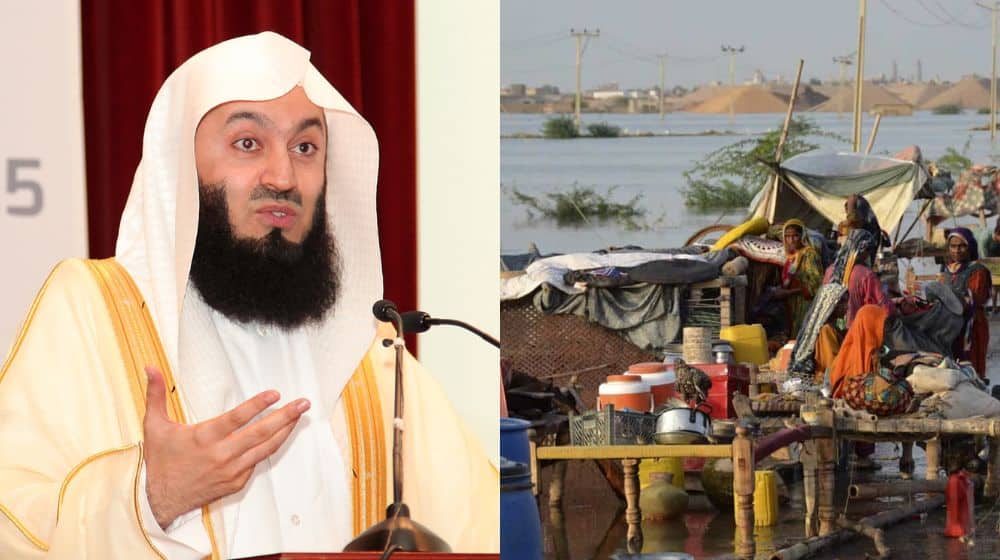 Mufti Ismail Menk, a globally renowned Islamic scholar from Zimbabwe, has come to Pakistan for flood relief operations after several regions were hit by monsoon-induced floods that have ravaged half of the country.

He arrived as a delegate of a UK-based charity organization, the Abdullah Aid Charity, and helped flood victims in the most affected province of Sindh.

Mufti Menk shared a video on his Instagram account, showing homeless flood victims taking refuge at the riverbanks. He stated that a large number of people have been rendered homeless due to the floods, and urged his followers to donate £100 per tent to either his or any other reliable charity.

The esteemed scholar detailed on Instagram that he visited different areas of Sindh to provide assistance and spread awareness about the calamity that has affected millions of people.

He also apologized to his followers for not being able to attend any unrelated meetings.

In another Instagram post, he is seen visiting the flooded region of Jhuddo in Sindh, where his organization aided the flood victims.

Prior to this, famous Turkish actor, Celal Al, who is known for playing the role of Abdurrahman Alp in Dirilis Ertugrul, also visited Pakistan for flood relief operations, as did Emirati YouTuber, Khalid Al Ameri.