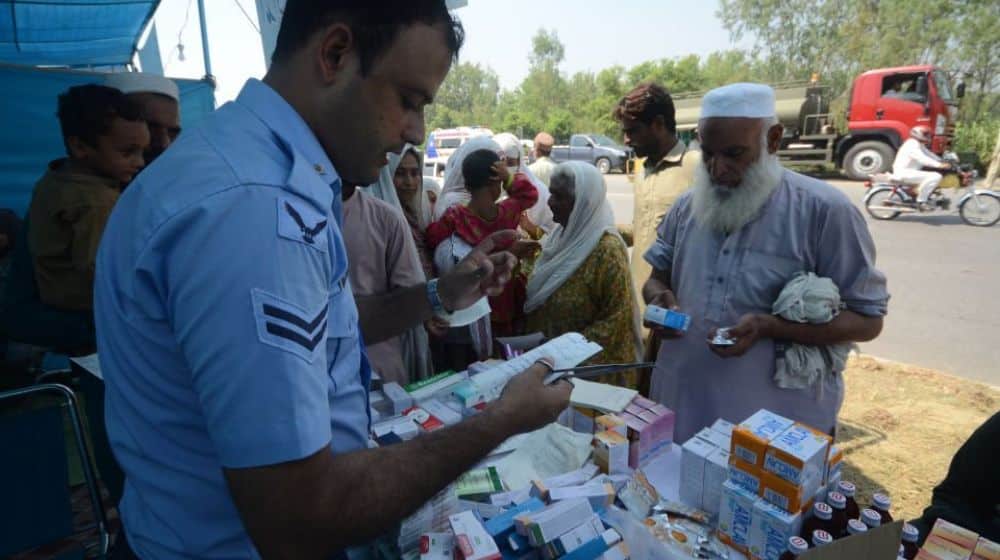 Sindh suffered damage to 1,091 health centers, resulting in losses of around Rs. 34.13 billion, as per reports. Similarly, Balochistan has had Rs. 18.98 billion worth of damage to 297 health centers while Khyber Pakhtunkhwa (KP) has sustained losses of Rs. 8.37 billion owing to 221 damaged health centers. It was also learned that 16 health centers in Punjab were damaged in the floods.

Meanwhile, the World Health Organization (WHO) has warned of a “second disaster” brought on by water-borne diseases in the flood-affected regions, and Sindh in particular.

Director General (DG) of WHO, Tedros Adhanom Ghebreyesus, tweeted on Saturday, asking for contributions to rescue lives and stop further devastation in the country as a wave of diseases and fatalities may follow the catastrophic floods.

He also emphasized the outbreak of diseases like cholera, malaria, dengue, and diarrhea due to the consumption of contaminated water in the flooded regions.

He remarked that the flooding has severely damaged the health centers and their supplies, rendering them unavailable to a huge number of people due to the widespread displacements.

Furthermore, he detailed that the WHO has provided water purification kits and oral rehydration salts to counter diarrheal illnesses and added that the organization will closely supervise the diseases in the region to stop their transmission.