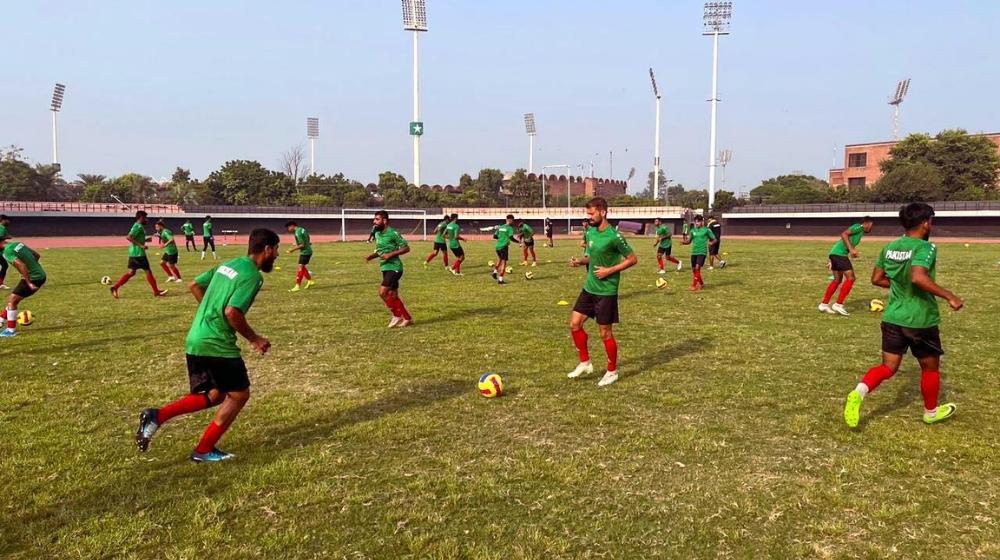 The Pakistan Football Federation has started using modern technology for the training of national players.

The GPS (Global Positioning System) that has been used widely in the world is also being utilized by Football Federation in men’s team camps. The significant advantage of a GPS system is that the performance data related to each player i.e., total distance, tactical positioning, or sprint are available to help a head coach with training advice. The technology of the VEO camera is also being adopted in the camp.

The players are going through an extensive training process that includes lateral band walks, burpee pull-ups, forward-backward sprints, and drills, whereas the tough VO2 max test was conducted yesterday which indicated the stamina and strength of the players. This data is being analyzed and every footballer’s fitness level is being dealt with as an individual case. The friendly matches were also played to check the performance of players.

Pakistan men’s team head coach, Shahzad Anwar, said, “Pakistan Football Federation is facilitating us with modern technology and we are working hard on every single player to make them one of the best sides in Asia. The boys have the potential to give tough time to opponents. We are giving extensive training to everyone to make sure that every single player performs well even in friendly matches.”

Moreover, squat jumps and speed agility tests will be conducted soon. As soon as the weather gets normal, we will enhance the training time, he added.