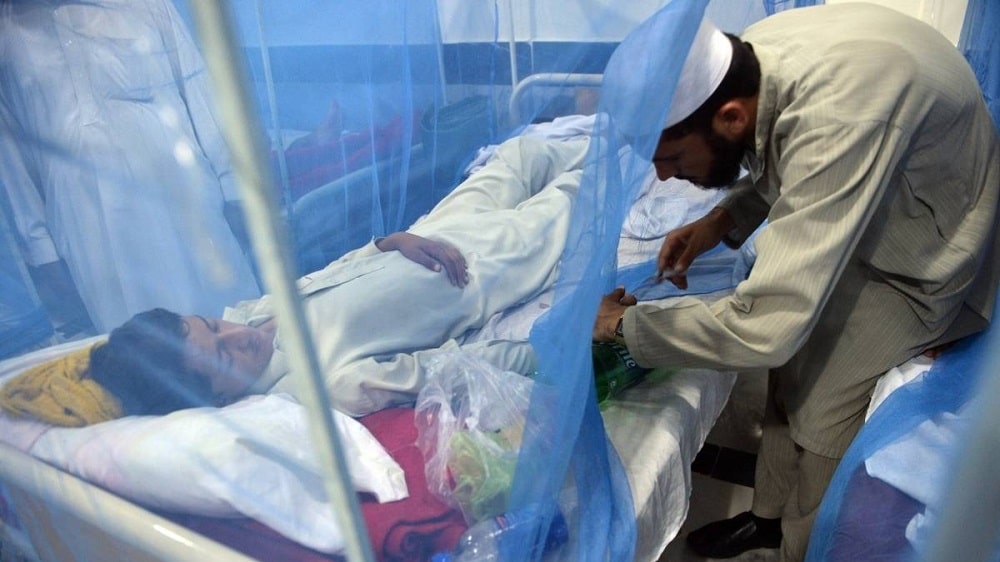 The Federal Ministry of Health has sought permission to purchase mosquito nets from India amid a malaria epidemic across Pakistan.

According to the details, there is a massive shortage of 7,100,000 mosquito nets in 26 districts after raging floods increased the number of mosquito-borne diseases throughout the country.

Broadcast journalist, Ghulam Abbas Shah, tweeted that over 200,000 people in the flood-affected regions of Sindh and Balochistan have been infected with malaria in the last two months.

Meanwhile, 22 percent of those infected persons have been diagnosed with Plasmodium falciparum —the deadliest variant of malaria, Shah added.

#BreakingNews : After the spread of malaria in #Pakistan, the Ministry of Health asked the government of Pakistan for permission to buy mosquito nets from #India. There is an urgent need for 71 lakh mosquito nets in 26 districts of Pakistan. #FloodsInPakistan 2-1 pic.twitter.com/Ri0fRWcSl4

On the other hand, the World Health Organization (WHO) had also warned of a “second disaster” brought on by water-borne diseases in the flood-affected regions, particularly Sindh.

WHO Director General (DG), Tedros Adhanom Ghebreyesus, tweeted on Saturday, asking for donations to rescue lives and stop further devastation in the country as a wave of diseases and fatalities could follow the crippling floods.

He also underscored the outbreak of diseases like cholera, malaria, dengue, and diarrhea due to the consumption of contaminated water in the flooded regions.