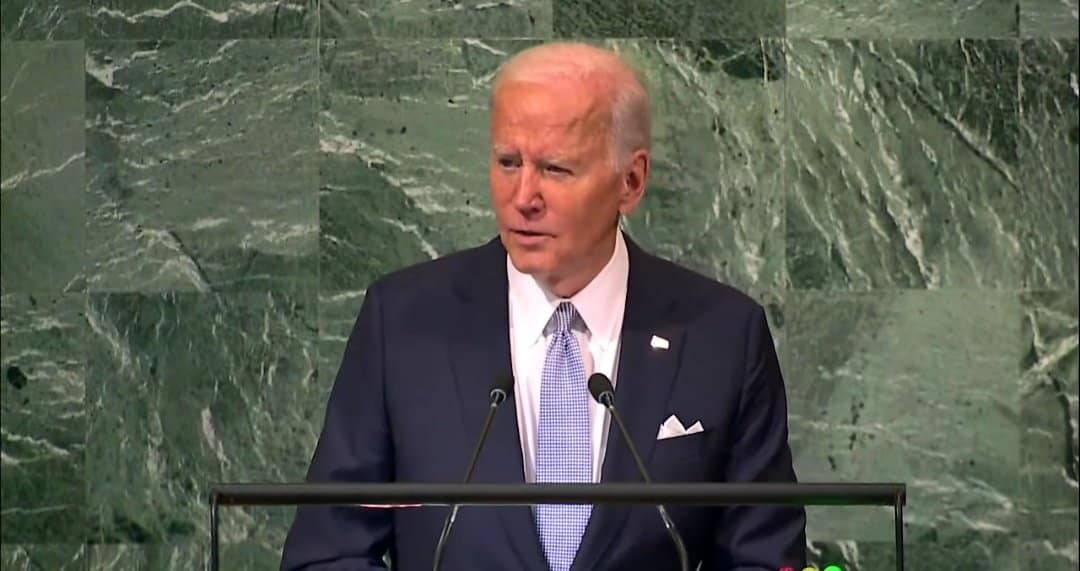 United States (US) President Joe Biden has highlighted the devastating impact caused by recent floods in Pakistan during his address to United Nations General Assembly (UNGA) and has stressed the need for aiding the country in this critical juncture.

While addressing the UNGA, Biden said, “We don’t have much time to resist against climate change. We are already living in a climate crisis. No one seems to doubt it after this past year.” He mentioned that much of Pakistan is still under water and needs help.

While emphasizing that the human cost of climate change is exponentially growing, he stated that the US government is working in collaboration with Congress to deliver $11 billion per year to international climate finance for supporting lower-income countries to implement climate goals.

It is pertinent to mention here that Pakistan has suffered enormous damage as a result of floods, with some in the government believing that the losses lay over $40 billion. The damage to infrastructure has been massive as 1.4 million houses alongside 5,563 kilometers of roads have been damaged. The country’s agricultural sector has also been badly affected.