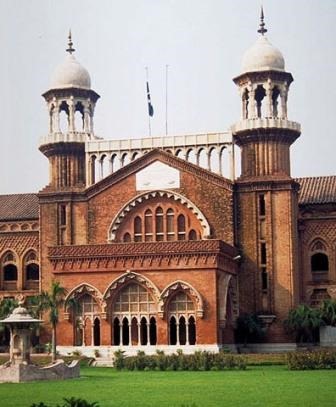 The Lahore High Court (LHC) accepted the apology of FBR Member Inland Revenue (Policy) on Wednesday and adjourned the case of  “tax on deemed income” until 27 September 2022.

On 19 September, the LHC expressed doubt on the competence of Member (Policy), holding this post, who undeniably has proposed this provision of law and is taking decisions for the most important department of Pakistan, particularly when Pakistan is facing a financial emergency.

During Wednesday’s hearing, Khalid Ishaq, Advocate representing FBR and Member Inland Revenue (Policy) FBR, present in the Court, at the outset, submits that lack of assistance on 19 September 2022 was not intentional, therefore, remarks noted in the order may kindly be expunged.

“Suffice it to observe that the observations in the order dated 19 September 2022, may not be taken as adverse remarks for any official or private purpose”, the LHC order said.

Advocate Chaudhary Anwarul Haq has filed the petition on behalf of Muhammad Osman Gull and others in the LHC.

The petitioner has questioned the constitutionality of Section 7E – the tax on deemed income of the Income Tax Ordinance, 2001, inserted through the Finance Act, 2022, on the premise of legislative incompetence of the Parliament to enact law outside the scope of Entry 50 of the Federal Legislative List, Fourth Schedule of the 1973 Constitution.

According to an order of the LHC in writ petition 52,559 of 2022 (Muhammad Osman Gull), Afaque Ahmed Qureshi, Member Inland Revenue (Policy), present before the Court, is confronted with Entry 50, Fourth Schedule of the Legislative Lists, to which he has shown his inability to respond. He is further asked that till the decision, in this case, the petitioners and other taxpayers, who are caught under the mischief of Section 7E (tax on deemed income) of the Income Tax Ordinance, 2001 can be accommodated, the answer is in negative.

This Court has tried to understand from the learned counsel for the FBR (Syed Ishfaq Hussain Naqvi) regarding the mechanism of proposing any amendment in taxation laws, to ensure competence for imposing the proposed tax, along with potential implications and hardship for the taxpayers. He after consulting the Member (Policy), present in Court, answered that this aspect is looked into by Secretary Law. It is again asked whether there is any officer in the FBR, who opines on legal aspects and other decision-making and policy matters regarding taxpayers, the answer is again that Secretary Law looks into this matter.

In presence of the level of assistance rendered by Member (Policy), Mirza Nasar Ahmad, Additional Attorney General, is confronted why the judgment in Federation of Pakistan v Aitzaz Ahsan and another (PLD1989 SC61) should not be distinguished and impugned provision be suspended till final decision in the matter.