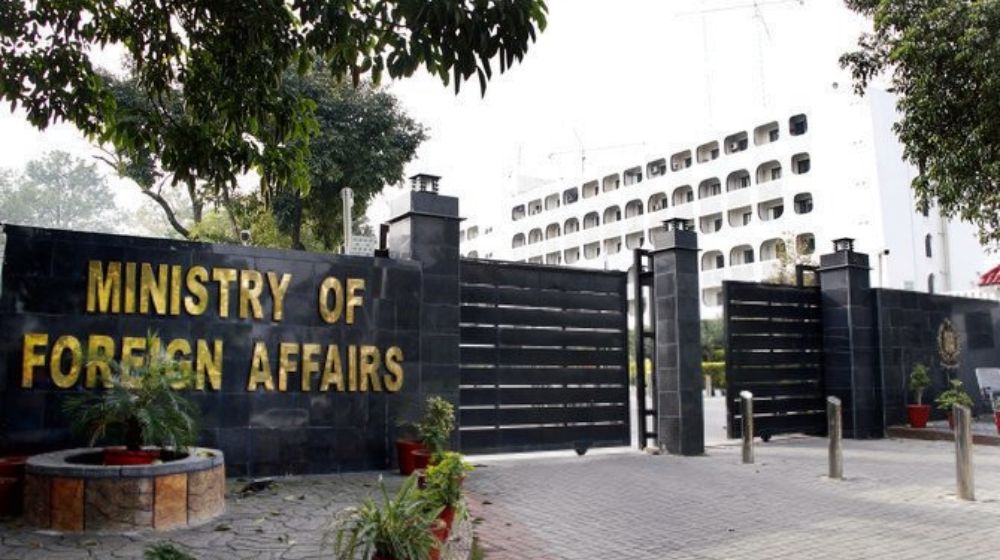 The Ministry of Foreign Affairs has categorically denied reports of a Pakistani delegation visiting Israel.

Its statement follows reports by the Israeli media of a foreign NGO (that is not based in Pakistan) quoting the head of the delegation and the trip organizers, saying that Pakistanis, including a former minister, met officials from the Israeli Ministry of Foreign Affairs in Jerusalem.

The Foreign Office (FO) stressed that Pakistan’s stance on the Palestine-Israel conflict is “clear and unambiguous,” and the policy has not changed as it was unanimously agreed upon.

The statement by the Israeli media did not clarify whether Nasim Ashraf, a former Pakistani minister, is a dual national. However, Ashraf, who is reportedly also the head of the delegation, admitted to being a part of it in Jerusalem but chose not to reveal further details about the members.

“Yes, I am in Jerusalem with a delegation to promote interfaith harmony,” he affirmed.

The trip organizers revealed on Wednesday that the delegation also included representatives from the American Muslim and Multifaith Women’s Empowerment Council (AMWEC), and Sharaka, a United States (US)-based NGO that was established after the Abraham Accords (the agreements signed to normalize the relationships between the state of Israel and the UAE, Sudan, Morocco, and Bahrain).

The Pakistani-born US-based trip organizer, Anila Ali, gave the example of Turkey while urging Pakistan to develop diplomatic ties with Israel as it is in the country’s own interest, saying, “If Türkiye can do it, then why cannot we do it”.

The Foreign Ministry responded, “Pakistan steadfastly supports the Palestinian people’s inalienable right to self-determination. The establishment of an independent, viable, and contiguous Palestinian State with pre-1967 borders and Al-Quds Al-Sharif as its capital, in accordance with the relevant UN and OIC resolutions, is imperative for just and lasting peace in the region”.

Note that visits to Israel are not allowed on the Pakistani passports as Pakistani does not officially recognize the state. However, many Pakistanis who visited Israel previously were dual nationality holders.