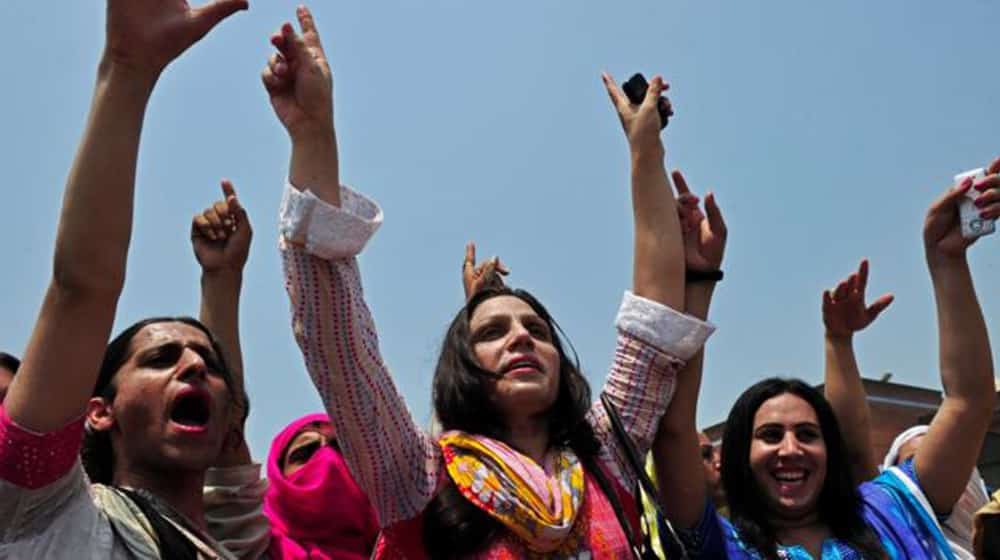 A sudden controversy has emerged over the Transgender Persons (Protection of Rights) Act 2018, which has not only gained the public’s attention but also the country’s relevant institutions.

The main debate originated from Act’s Subsection 2 of Section 3, which says, “… a transgender person shall have a right to be recognized as per his or her self-perceived gender identity.” It allows anyone to formally register his/her gender based on self-perceived identity without any approval.

According to religious organizations, over 28,000 people have registered for gender change at NADRA since then. They further argue that the act promotes homosexuality and same-sex marriage. For example, a male will be able to register himself as female, enabling him to marry a male and vice versa.

In this regard, Jamaat-e-Islami’s (JI) Senator, Mushtaq Ahmed Khan, proposed amendments to the act in question and contended that it is against the Quran and Sunnah and promotes homosexuality.

However, the Senate’s Standing Committee on Human Rights rejected it. Resultantly, JI launched a social media campaign to push these amendments and bring this issue to the public’s attention.

Meanwhile, Senator Khan submitted an application on 5 September to become a party to the petitions filed by other individuals in the Federal Shariat Court (FSC) against the law.

On 20 September, the court heard arguments from all parties and highlighted the necessity for an expert’s opinion, and deferred the matter until the next hearing.

Furthermore,  Chairman of the Senate’s Standing Committee on Interior Mohsin Aziz submitted the Intersex Persons (Protection of Rights) (Amendment) Bill 2022, to the upper house to make significant changes to the transgender act.

Proposed Changes to the Act

According to the proposed legislation, intersex persons will be entitled to the same opportunities for work, education, and healthcare as other members of society. It explains that safeguarding the rights of “intersex individuals” should have been the main goal of the transgender act.

Note here that intersex persons (also called hermaphrodites) are born with ambiguous genitalia, whereas the term ‘transgender’ was introduced in 1965 for individuals who identified themselves with a different gender than the one assigned at birth, it elaborates.

Last year, Senator Khan presented amendments to the act, seeking the formation of a medical board to recommend if a person’s gender should be changed, instead of reassigning it himself/herself on the basis of self-perceived identity. However, it was rejected at that time as well.