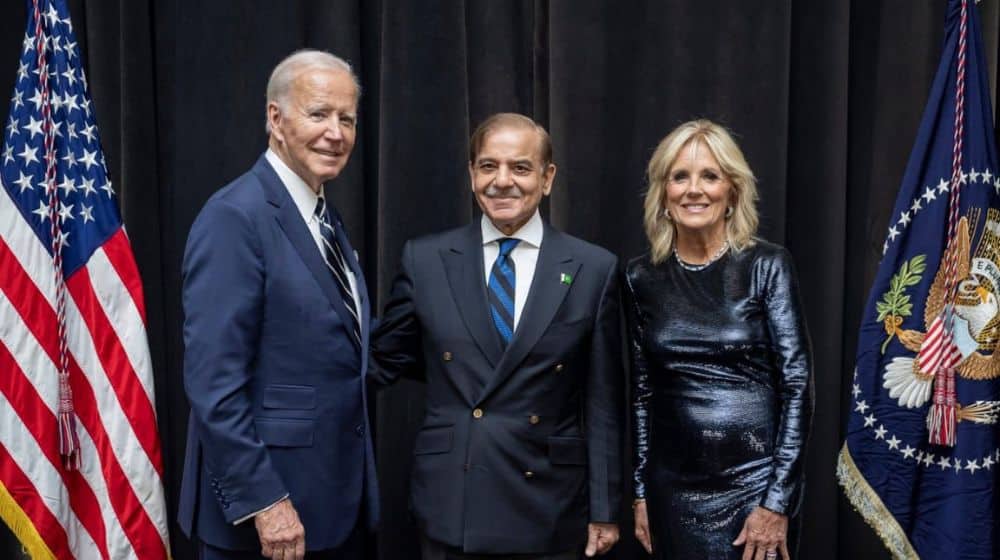 Prime Minister of Pakistan (PM), Shehbaz Sharif, has finally met with the President of the United States (US), Joe Biden, after a period of a diplomatic standstill between both countries.

In this regard, the Head of PM’s Strategic Reforms, Salman Sufi, tweeted that PM Sharif lauded the partnership between both countries and the US government for its flood relief operations and persistent provision of coronavirus vaccines.

PM @CMShehbaz met with @POTUS at the #UNGA reception hosted by POTUS.

PM appreciated the flood relief efforts by the USG and the continuous #Covid Vaccine assistance and collaboration between Pakistan and the US. #PMShehbazAtUNGA pic.twitter.com/N1t0vEktI6

Note here that the meeting comes after India expressed its concerns over the F-16 aircraft equipment deal between Pakistan and the US.

The US’s Defence Security Cooperation Agency (DSCA) gave the required approval for the proposed deal earlier this month, which infuriated New Delhi. India’s Ministry of External Affairs had protested against it despite DSCA’s assurance that it would not affect the regional balance of power.