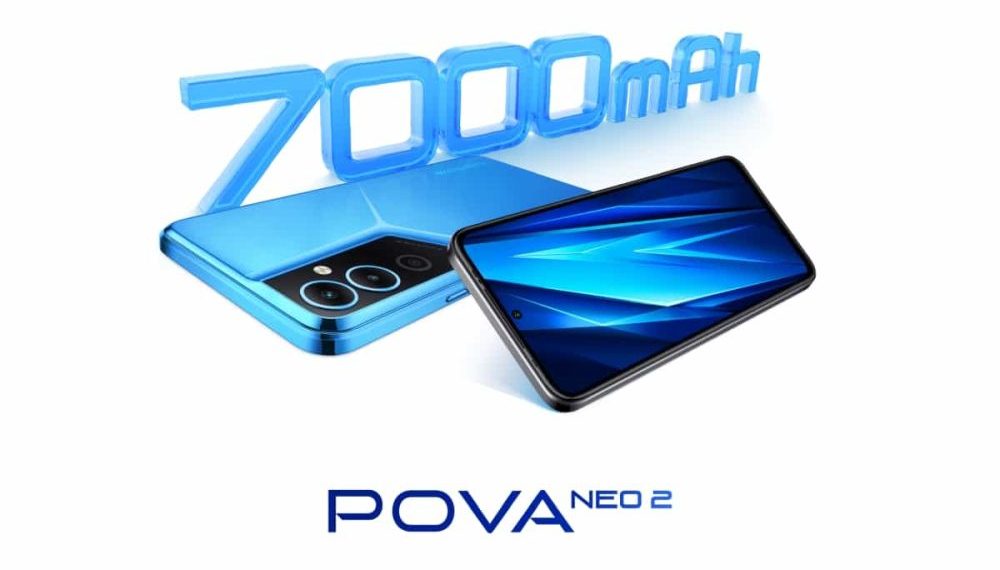 Tecno’s Pova series of phones is expanding yet again. Last week, Tecno launched the Pova Neo 5G, and now we are getting the Pova Neo 2, which is a direct successor to last year’s Pova Neo (4G). One of its highlights would be the gigantic 7,000 mAh battery alongside an affordable price tag. The rear panel design is similar to the recently released Pova Neo 5G. It even has similar display specifications including a 6.8-inch IPS LCD with a punch-hole selfie camera, but the resolution has been dialed down to 720p and the refresh rate is at 90Hz now (down from 120Hz). The fingerprint sensor doubles as a power button on the side.

The phone’s chipset is MediaTek’s Helio G85 SoC which is paired with two different memory configurations including 4 to 6 GB RAM and 64 GB/128 GB storage space. You can add more storage through a memory card.

The back only has two cameras including a 16MP main sensor and a 2MP macro camera. Video recording will likely be limited to 1080p 30 FPS with AI features and filters. The selfie camera inside the punch-hole cutout is an 8MP shooter.

Tecno Pova Neo 2 is one of the rare phones with a humongous 7,000 mAh battery, which should keep the phone going through three days of use. It has support for 18W fast charging, but it may take around 2 hours to refuel.

The phone is only available in Russia right now for $205. It will be available in Uranolite Gray, Virtual Blue, and Orange Magma color options.