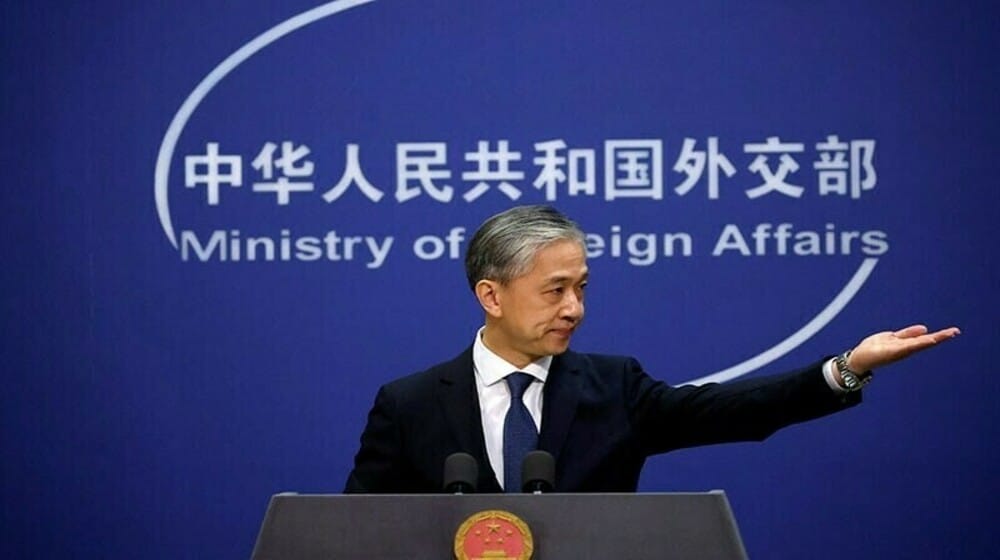 Chinese Foreign Ministry Spokesperson Wang Wenbin Tuesday urged the US to do “something real and beneficial” for flood-hit Pakistan and refrain from passing unwarranted criticism against China-Pakistan cooperation.

Responding to a question about US Secretary of State Antony Blinken’s suggestion to Pakistan to seek debt relief from China, the spokesperson said that the Chinese government has provided Pakistan 400 million RMB worth of humanitarian assistance and China’s civil society has also lent a helping hand.

He added that China will continue to do its utmost to help the Pakistani people overcome the floods and rebuild their homes at an early date.

The spokesperson said that China and Pakistan have had fruitful economic and financial cooperation. “The Pakistani people know it best,” he added.

The US Secretary of State Antony Blinken had urged Foreign Minister Bilawal Bhutto Zardari in a meeting on Monday to engage China on the issue of debt relief so that it can more quickly to recover from the floods.

“I also urged our colleagues to engage China on some of the important issues of debt relief and restructure so that Pakistan can more quickly recover from the floods,” a State Department readout of the meeting said quoting Blinken.

According to Bloomberg, Pakistan owes $30 billion to China, which is almost a third of the country’s total external debt. China and Pakistan have completed projects worth over $25 billion under the Belt and Road Initiative.

Prime Minister Shehbaz Sharif in a recent interview had said that Pakistan plans to speak with China after talking with the members of the Paris Club.

It is pertinent to mention here that former Finance Minister Miftah Ismail had recently said that Pakistan is seeking debt relief from the bilateral Paris Club creditors in the wake of the devastating floods.

The floods have affected over 33 million people with 81 districts in Sindh, Punjab, Balochistan, and Khyber Pakhtunkhwa officially notified as ‘calamity hit’ and over 1,600 dead since June 14th, according to the latest data released by the National Disaster Management Authority (NDMA).

According to initial estimates, Pakistan’s economic losses and damages due to floods stand at over $40 billion.