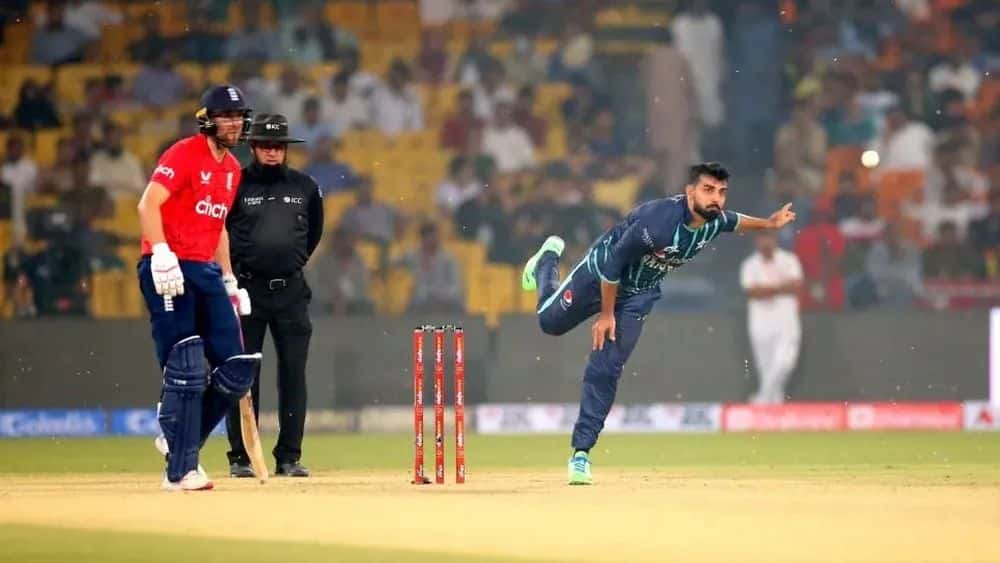 After conceding 221 runs in the third T20I, Pakistan’s bowling unit successfully defended small targets of 167 and 146 runs in the fourth and fifth games of the seven-match T20I series against England.

Shadab Khan returned to the national team after suffering an injury in the Asia Cup final against Sri Lanka, taking 1 for 25 in four overs spell at the Gaddafi Stadium in Lahore on Wednesday night.

It is worth noting that Shadab was the fourth-highest wicket-taker in the recently concluded Asia Cup 2022, where he grabbed eight wickets in five games at an economy rate of 6.05 with a best of 4/8

The vice-captain also became Pakistan’s fourth-highest wicket-taker in the shortest format, with 84 wickets in 66 innings at an average of 21.08. He will surpass Saeed Ajmal and Umar Gul if he manages to take four more wickets in the T20I format.

Shahid Afridi, Pakistan’s former captain, recently stated that Shadab Khan bowls at crucial stages in T20I cricket, and if he does a good job with the ball, Pakistan wins.