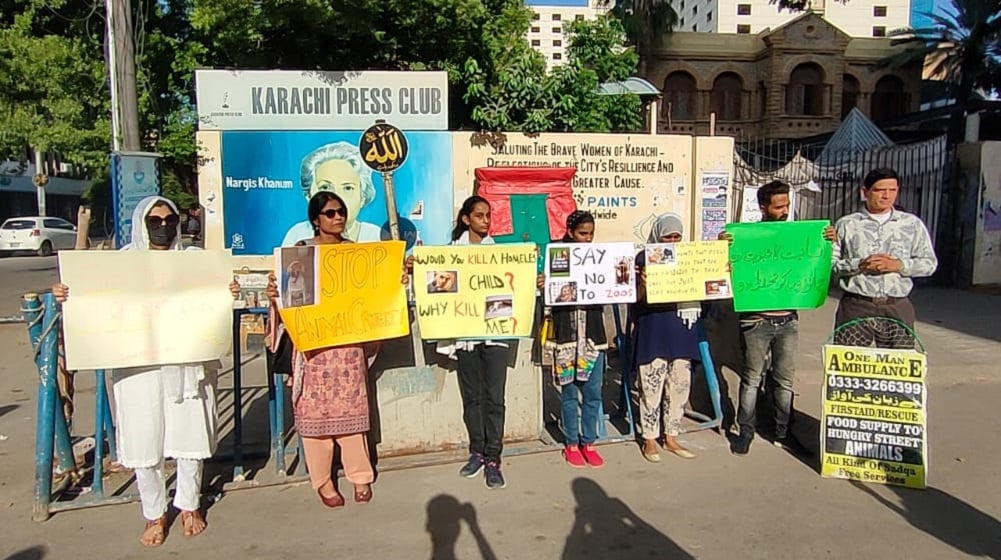 Animal lovers, activists, and welfare organizations held a peaceful protest outside the Karachi Press Club on Sunday to demand a ban on dog culling and zoos in Sindh, and enforcement of the TNVR (trap, neuter, vaccinate, rescue) program across the province.

The protest was organized by Mohammad Tauqeer, who heads the Pakistan Animals Rescue and Shelters Chain (in Lahore), and Danish Iqbal.

As per a press release shared with ProPakistani, the agenda of the protests was to apprise the public governing bodies of Karachi and Sindh of the following: 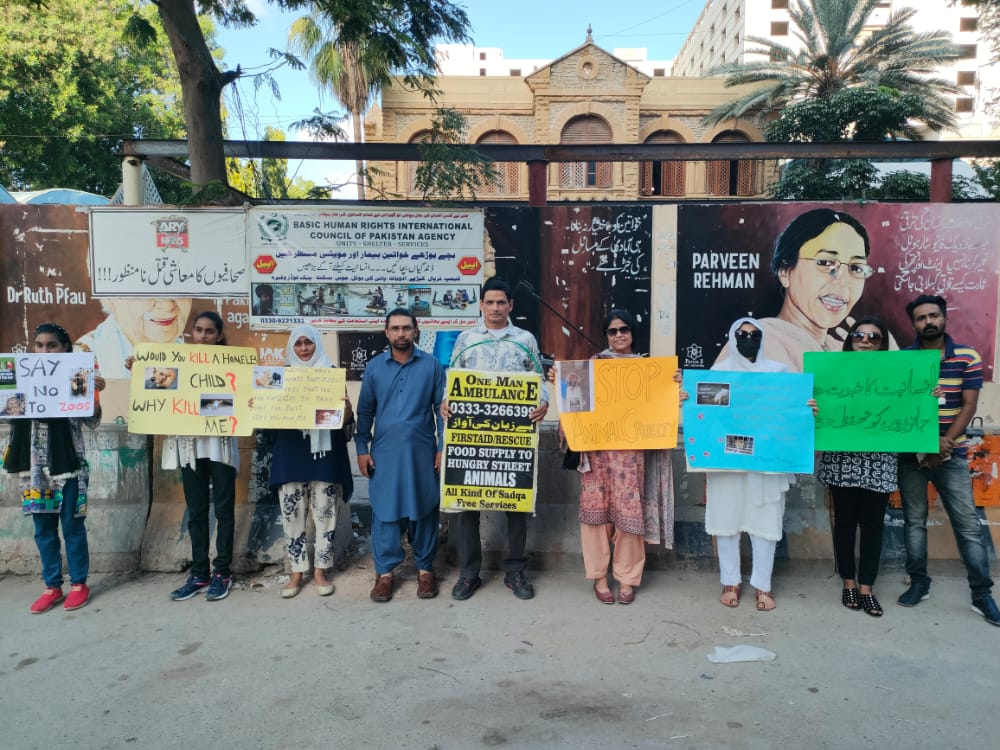 Tauqeer also shared a four-phase ‘Animal Rights Activism Action Plan’ with this scribe, highlighting and working on pertinent concerns for stray, pet, and wild animals through protests, shelter mechanisms, and legal procedures. He is currently working with other animal rescue welfare organizations and animal rights activists in the metropolises to propel a large-scale animal rights awareness program across the country.