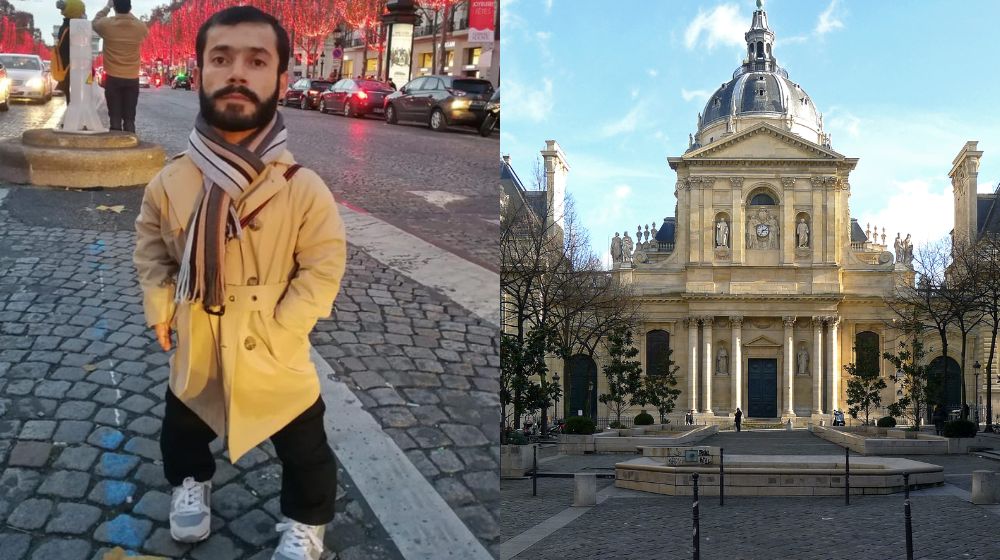 A man from Balochistan born with dwarfism has defied all odds and gone on to receive a PhD degree from the highest-ranked higher education institute in France.

ALSO READ
PUBG is Getting a Horror Crossover For Halloween

Despite all the challenges due to his short stature, Sanaullah used to bear his expenses by offering tuition to students in Quetta after graduating from the university. In 2018, Sanaullah won a scholarship from the Higher Education Commission (HEC) and got enrolled in the French institute.

Last week, Sanaullah successfully defended his thesis and officially received the PhD degree. Sanaullah conducted research on the communication system of autonomous vehicles. He believes that his work can help in improving the safety features of such vehicles.

Speaking in this regard, Sanaullah recalled that people used to laugh at him and say all sorts of vile things to his face during his school, college, and university days. However, his father always told him to ignore these incidents and focus on pursuing higher education, and this is why he is the first graduate in his family.

He added that he was good at his studies from the start, having topped his district in the board examinations in the fifth and eighth grades. He also passed matric and inter with good marks.

ALSO READ
You Can Finally Edit Tweets on Twitter

Sanaullah lamented that the overall attitude of the people in France is more respectful in comparison to Pakistan. He also receives special treatment in all public places in France.

He has also mastered French and received a driving license. However, Sanaullah aims to return to his country soon and give back to the community by educating underprivileged students.