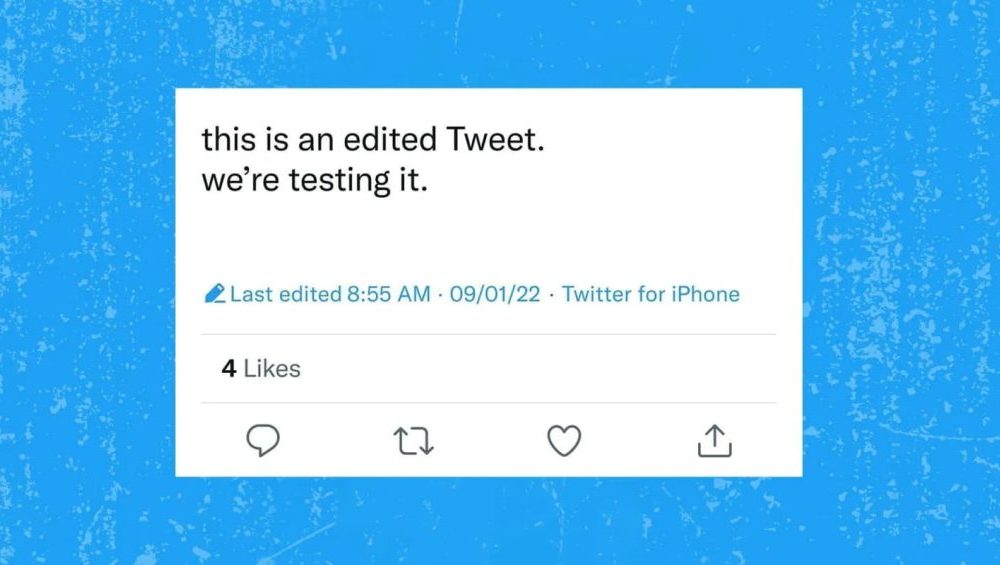 Twitter has been internally testing a tweet edit button for over a month. The feature is finally live but is quite limited for now.

First off, the feature is limited to paid users i.e. those who subscribe to Twitter Blue. This was already known when the feature was first teased, but now Twitter has also revealed that it’s only available to users in Canada, Australia, and New Zealand. It will be coming to the US soon, but there are no availability details for other regions.

You can only edit tweets for up to 30 minutes after posting them. A small pen icon next to the tweet will indicate whether a tweet has been edited, similar to other social apps. Here is what the feature looks like in action.

now that Edit is rolling out in Twitter Blue Labs, here’s what you can expect

see that little icon? it’s there to let you know that the Tweet has been edited pic.twitter.com/Av6vZYuVeO

Additionally, there will also be a version history for all edited tweets, so you can see exactly what was changed and when.

Twitter’s edit button has been a long time coming, and the social network has been years behind its rivals in this regard. However, at least we can say better later than never.

It is unclear if the feature will ever become available to free users since there has been no confirmation yet. It will likely stay as an added perk for the subscription service for now, though it will definitely become available in other regions soon.

Twitter also introduced vertical videos to the platform recently to take on TikTok’s short videos and Instagram Reels. It works the same way as Reels or YouTube shorts.

Tapping on a video will expand it into portrait mode, and you can keep scrolling to browse similar content. It will also recommend you more videos in the Explore section based on your use.

ALSO READ
Twitter is Taking on TikTok With Vertical Videos