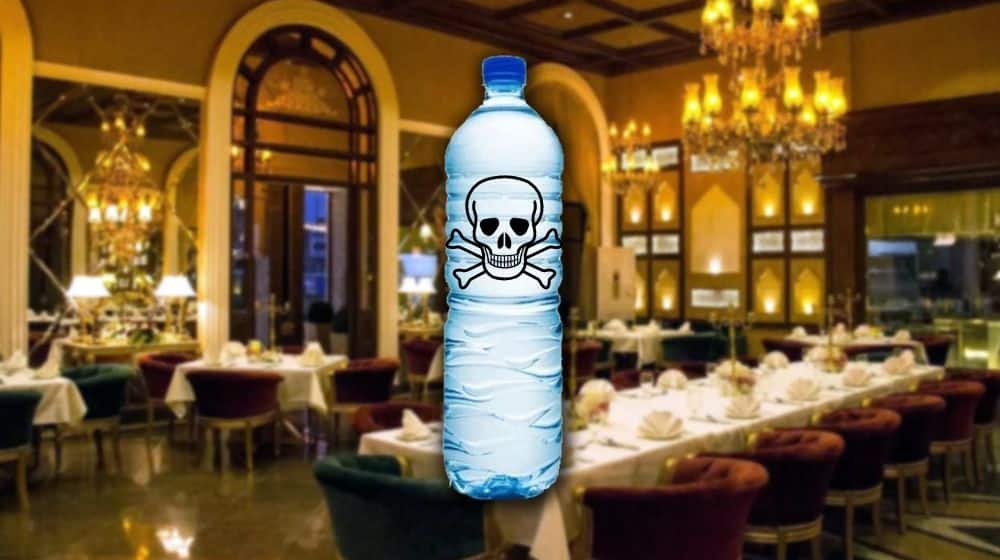 A restaurant in Lahore has been accused of allegedly serving acid filled in water bottles to a number of people attending a birthday event held a few days ago.

According to reports, two unsuspecting children – a boy and a girl – sustained severe burns after coming in contact with the acid thinking it was water.

The boy suffered burns on his hands and arms after washing his hands with the acid while the girl drank it. Both are currently receiving treatment at a hospital, with the condition of the girl said to be critical.

On the other hand, Lahore Police has revealed that the manager has been arrested while further investigation is well underway. The families of the children have asked the police to arrest the owner as well.

Recently, the Punjab Food Authority (PFA) recovered thousands of kilograms of years old expired meat from the cold storage of a hotel in Lahore.

The PFA seized 7,000 kgs of three-year-old expired meat. The PFA shifted the meat from storage and disposed of it in line with environmental standards.