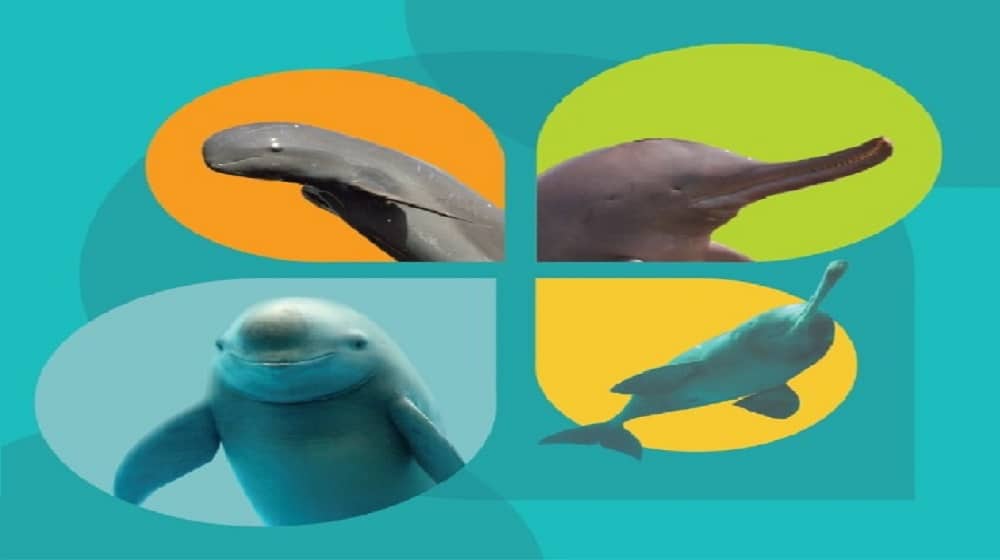 WWF-Pakistan (WWFP) held the inaugural ceremony of its three-day international conference on Addressing the threats from Fisheries to Freshwater Cetaceans in collaboration with the International Whaling Commission (IWC), and the Engro Foundation in Islamabad today.

The conference is part of the WWF’s River Dolphin Rivers Initiative which aims to secure the future of river dolphins worldwide, particularly in Asia and South America, and featured renowned international experts. It is aimed at bringing the Asian range countries together with leading international scientists to discuss the way forward and work together to address this critical threat.

The panelists and speakers from Cambodia, Nepal, Bangladesh, China, Indonesia, Bolivia, and India highlighted that the ongoing and increasing human-induced changes to freshwater ecosystems are putting river dolphins at a high and growing risk.

WWFP considers the conservation of the Indus river dolphin to be a true success story. It detailed in a news release that unsustainable fishing practices are one of the leading threats to river dolphins globally. There are four river dolphin species across eight range countries in Asia today, two of which have been listed as endangered by the International Union for Conservation of Nature (IUCN), and the remaining two are considered to be ‘critically endangered’.

All river dolphins live in basins with growing human population pressures and share their habitats with local communities which also depend on freshwater for sustenance. Some species in Asia have already shown an 80 percent decline in the range due to alterations in river flow regulation, infrastructure development, pollution, and construction projects. However, the primary cause of the decline in the numbers of Asian river dolphins is entanglement in gillnets, which is generally regarded as the most immediate human-induced threat.

As stated by the panelists, the regional conservation management plan (CMP) is intended to combine the best available science and management expertise to protect and recover the river dolphin populations. 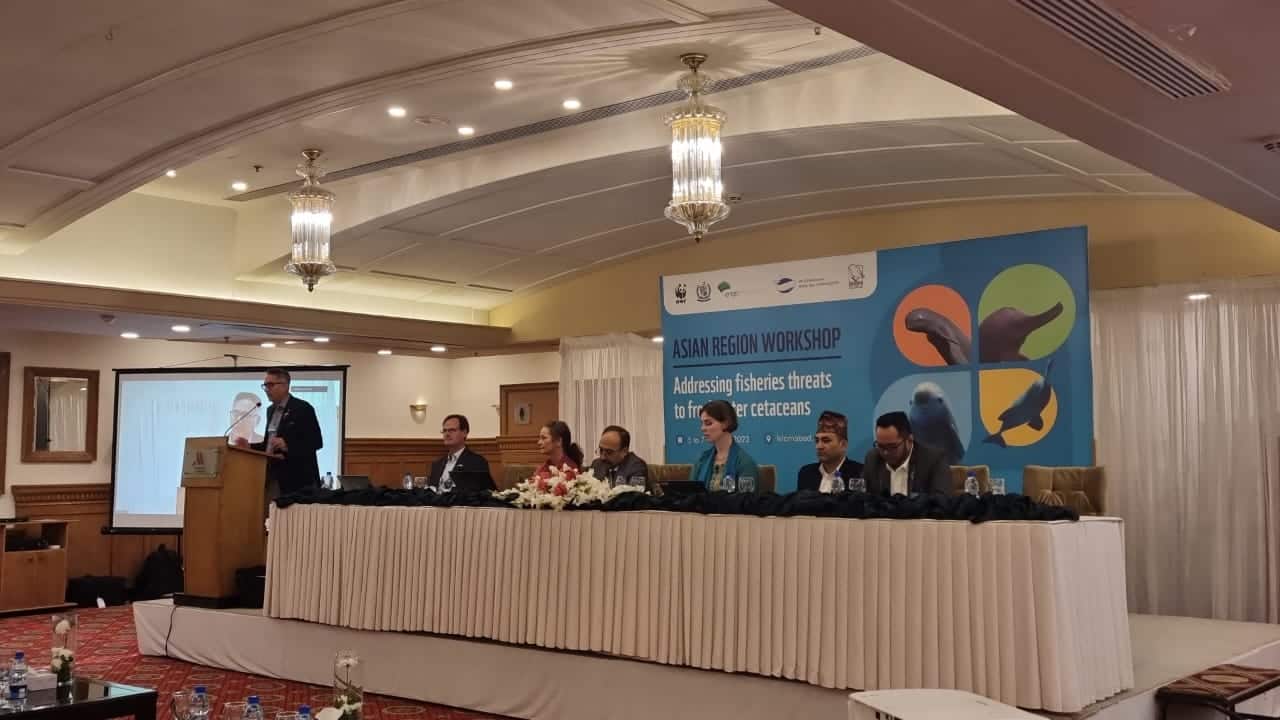 Speaking at the conference, Director General WWF-Pakistan, Hammad Naqi Khan, explained, “Biodiversity and conservation of wildlife are unfortunately not a priority in Pakistan, but despite that, the conservation of the Indus River dolphin has been a success due to the efforts of conservation organizations and provincial wildlife departments”.

“This conference is unique because we have representation from all river dolphin range countries and our singular aim is to come up with a localized and region-specific, but also global conservation management plan,” he added.

WWF-Pakistan and the Engro Foundation entered into a first-of-its-kind partnership for the conservation and management of the endangered Indus River dolphins this march.

The Head of Engro Foundation, Favad Soomro, said, “Engro is striving to solve the most pressing issues facing Pakistan, and protecting Indus River Dolphin, which is endemic to Pakistan and is crucial for the health of the Indus River and life of other species in the river”.

He explained how the partnership with WWF-Pakistan on Indus River Dolphin protection will be achieved through research, community engagement, and raising the profile of the species globally over the next 5 years.

WWF Global River Dolphin River Initiative Lead, Daphne Willems, stated, “All the river dolphins are critically endangered or endangered and we have already lost one river dolphin species. These species are the apex predators of the rivers which is why the entire river ecosystem depends on them and their survival. Likewise, the lives of entire populations living across the length of the rivers are inextricably linked to the river dolphins. The challenges are old, but we need new solutions to tackle them”.

Syed Ghulam Qadir Shah from the Ministry of Climate Change added, “Fisheries practices have indeed been a threat to the river dolphins. Fisheries is an important sector since the livelihood of hundreds and thousands of people depend upon it. However, there is a lack of awareness among the fishermen who continue to use old and outdated practices. The ministry is working in this regard as the Indus River is the lifeline of Pakistan. The Living Indus Initiative is one major project where we have multiple cross-cutting sectors, and we hope that they will alleviate some of these unsustainable fishing practices”. 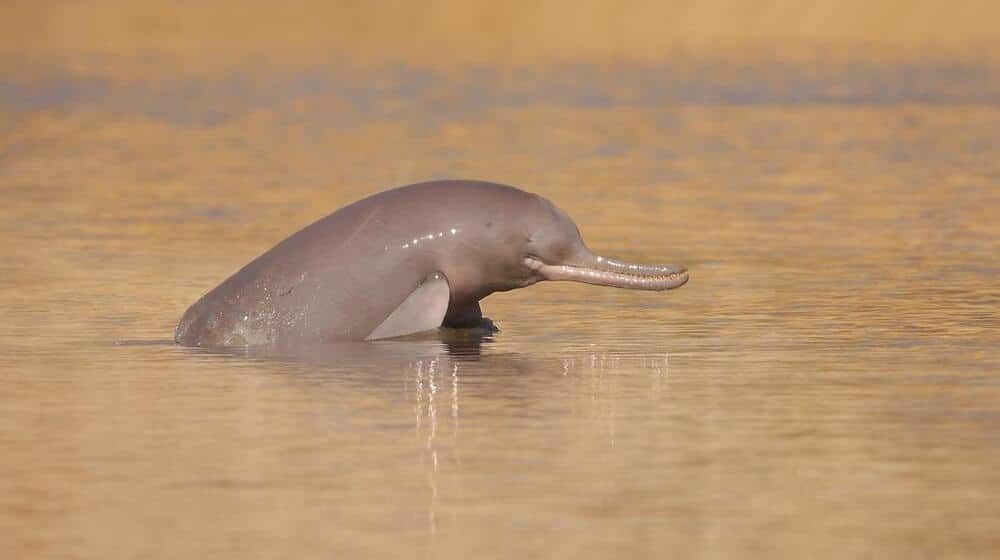 The three-day conference is being attended by individuals representing a wide array of international conservation organizations including WWF International, the Ministry of Climate Change, the IWC, WorldFish UK, YASASAN Rasi Indonesia, and government representatives from Bangladesh, Indonesia, Nepal, and Cambodia.