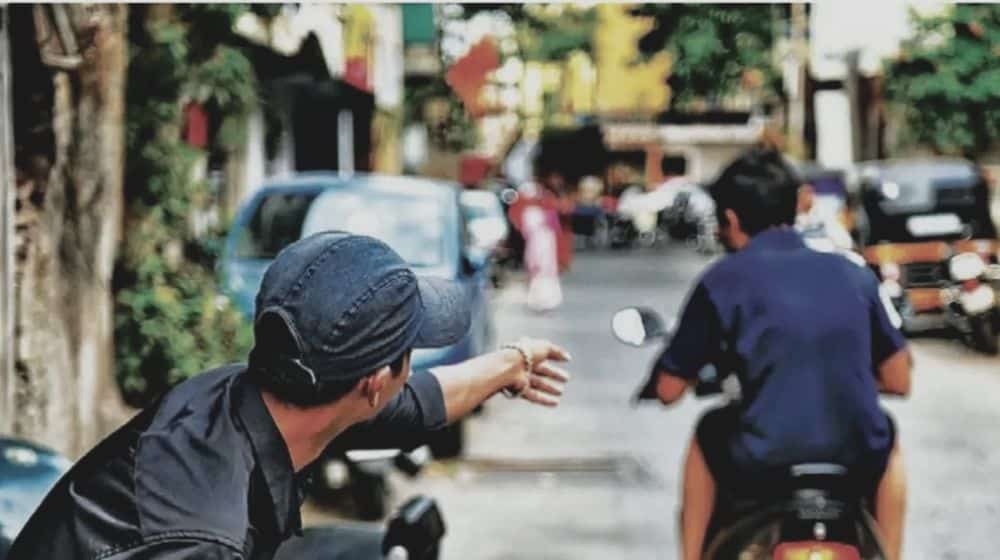 A mobile phone snatching incident in Nazimabad turned out to be a prank after the local police acted in response to a viral CCTV video.

Rizvia Society police revealed that they began looking for the suspects using CCTV footage and managed to capture Abdul Rahman, Sabir, and Osama, as the video showed them forcibly taking a cell phone from a teenager, later identified as Rehan Asif.

The arrested suspects claimed that Rahman owned the motorcycle and used a fake weapon to set up the scene. They showed up on a motorcycle when Asif and his companion were outside snapping photos of their dog, and pulled the prank.

The Senior Superintendant of Police (SSP) of the Central District urged parents to closely monitor their children’s actions because playing such pranks could get them into trouble.

Last month, the police was able to identify and apprehend an actual robber in Karachi due to a viral social media video.

The central district police had revealed that they identified the arrested suspect, Sohail Moris Masih, with the help of the video on social media, which showed the suspect robbing a citizen at gunpoint near the Board of Secondary Education Karachi (BSEK). A passer-by had recorded the video on his mobile phone and posted it to social media.