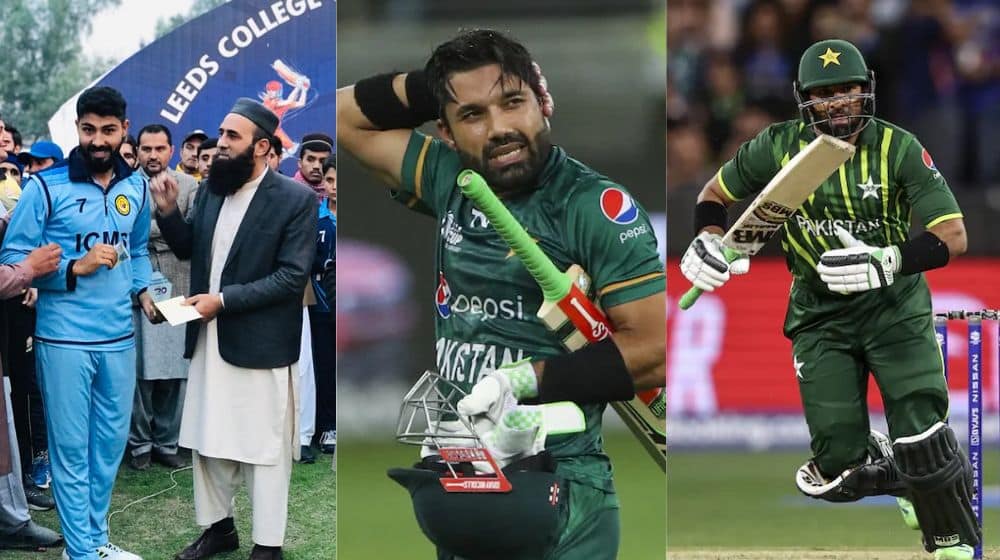 Pakistan wicket-keeper batter, Mohammad Rizwan, and middle-order batter, Iftikhar Ahmed, were in the spotlight after failing to deliver satisfactory performances in the recent T20 World Cup 2022 in Australia.

Meanwhile, after returning from the marquee event, both right-handers competed together in a local club match in Peshawar, where they failed to chase a manageable target of 180 runs against the tape-ball bowlers.

As per the details, both cricketers were playing in the final match of a local club tournament in Peshawar Gymkhana, where the national players’ team, Shama Cricket Club was to chase 180 runs in 20 overs against ICMS Cricket Club.

The interesting thing in the match was that one of the opposition bowlers, Abbas Ali, who plays regular tape-ball cricket, gave a tough time to both international players by bowling fantastic yorkers in two overs where only singles were scored.

Abbas, also known as AK47 or Bacha, entertained the audience when he bowled two overs to international superstars and got the wicket of Iftikhar, courtesy of a Ben Stokes-like catch, while only conceding 1o runs. Rizwan departed soon after as ICMS got a grip of the match.