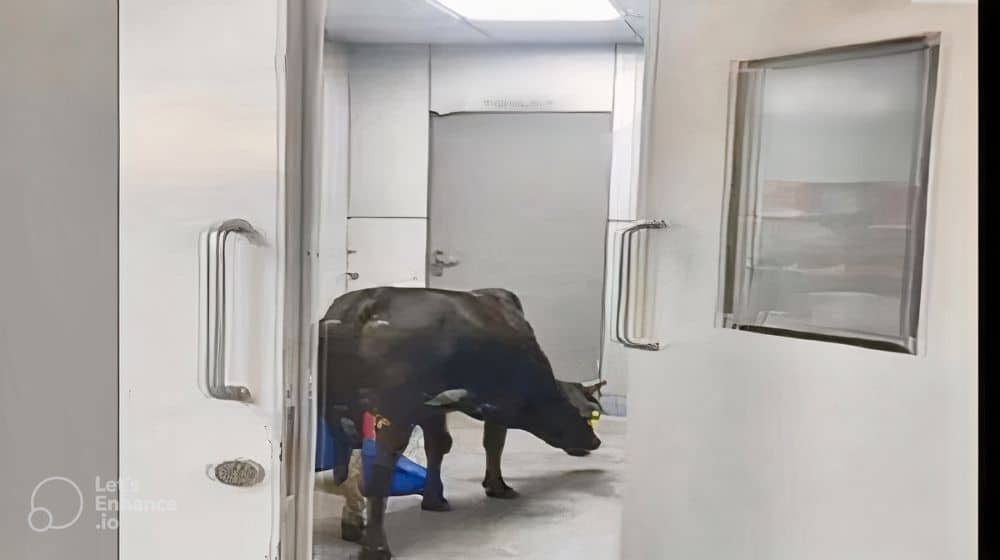 A cow showed up in the intensive care unit (ICU) of a hospital in India’s Rajgarh district, and a video of the incident quickly emerged on social media on Sunday.

The video shows the animal walking freely and consuming medical waste from the hospital’s rubbish bins.

Cow taking a stroll inside the ICU of a hospital in MP, India! pic.twitter.com/Xv9cVSOLEK

According to reports from the Indian media, despite security being present throughout the day, no one was available to take the cow out of the hospital. It should also be mentioned that the hospital had hired two cow catchers, who were also not there when the incident occurred.

Following the video that went viral on social media, a security guard and two other employees have reportedly been fired.

The Civil Surgeon of the hospital remarked that he had held the ward boy and security guard accountable after taking notice of the incident.

The Minister of Public Health of the region fired three people after the video went viral. He said that he was unaware of the incident and only came to know when it went viral on social media.