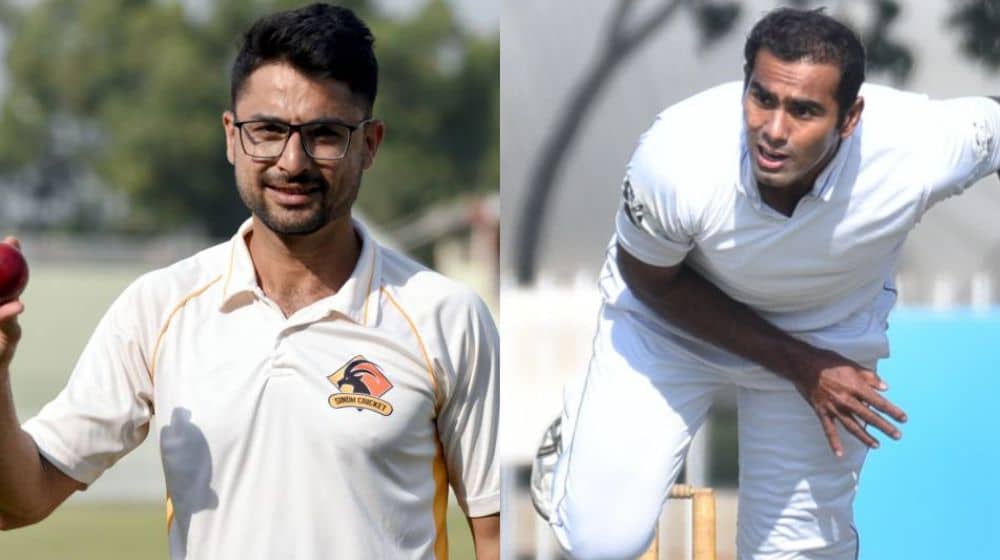 Abrar Ahmed and Mohammad Ali were rewarded for their sensational form in the domestic circuit as they received call-ups to Pakistan’s Test squad for the upcoming series against England. Both players have been the stand-out performers in the ongoing 2022 Quaid-e-Azam Trophy and have been the most successful bowlers in the tournament.

Abrar, in particular, has been magnificent in all three formats in the domestic season. The 24-year-old’s performances have led Sindh to the second spot in the points table and they are in a strong position to qualify for the final of the tournament.

The mystery spinner has been head and shoulders above the rest of the bowlers in the Quaid-e-Azam trophy as he has picked up 43 wickets, including five 5-wicket hauls, at an average of 21.95 in seven matches he has played in the tournament so far.

Here are all of his wickets in the Quaid-e-Azam Trophy:

☄️ 43 wickets including five five-wicket hauls in this #QeAT season

Abrar Ahmed has been rewarded for his strong first-class performance with a maiden Test call-up 👏#PAKvENG pic.twitter.com/13EfPHD1ph

Meanwhile, Central Punjab’s Mohammad Ali has been the most successful pacer in Pakitan’s first-class cricket over the past two years. His performances in the ongoing Quaid-e-Azam Trophy have been marvelous which has led his side to the third spot in the table with only one match remaining in the season.

Check out his 2022 Quaid-e-Azam Trophy wickets:

Mohammad Ali has earned a maiden call-up to the 🇵🇰 Test squad for the 🏴󠁧󠁢󠁥󠁮󠁧󠁿 series. He has been the best fast bowler in the Quaid-e-Azam Trophy in the last two editions, taking 56 wickets 🙌

🎥 View some of his wickets in this #QeAT season #PAKvENG pic.twitter.com/sfx9Tm6YhO

Both players will be hoping to make their debuts for the national side in the upcoming three-match Test series. The first match of the historic series will commence on 1 December at Rawalpindi Cricket Stadium.