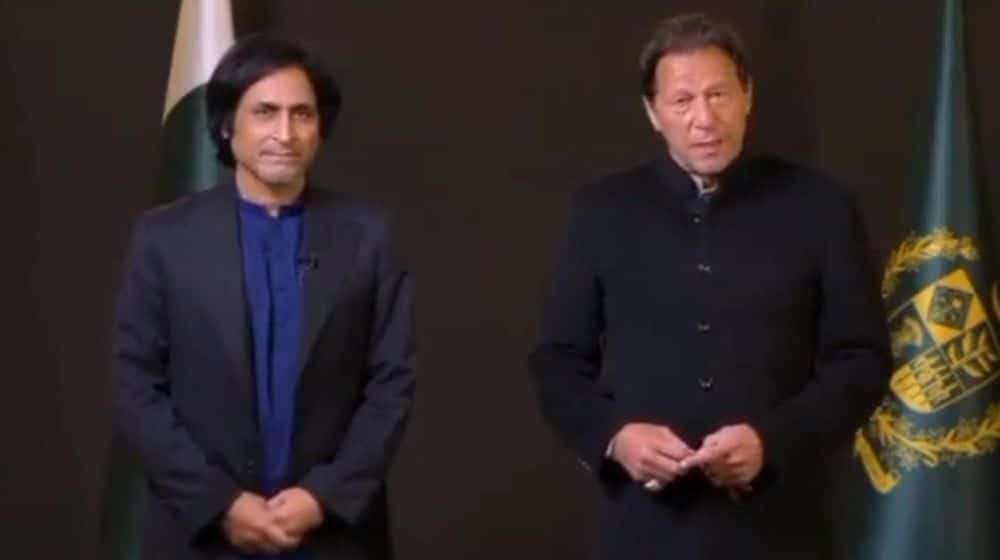 PCB Chairman, Ramiz Raja, has requested PTI Chairman, Imran Khan, to avoid interrupting the Test match scheduled between Pakistan and England at Rawalpindi Stadium after his call for the long march.

Ramiz Raja went to see the former Prime Minister and cricketer, Imran Khan, after he was shot in the leg during his political rally. Reportedly, the PCB Chairman’s main motive was to ensure the smooth happening of the Rawalpindi Test between Pakistan and England as it is expected to coincide with Imran Khan’s long march.

Explaining the situation to PTI Chairman, Ramiz Raja told him that the dates for the Test match and the long march in Rawalpindi are coinciding and the political unrest might lead to the cancelation of the cricket match. The Test match is scheduled on starts on the 1st of December but the English team will arrive in Islamabad just a day after the long march begins on 26 November.

Responding to the request, Imran Khan assured Ramiz Raja that the long march will not cause any interference in the schedule of the Test series. He also notified his party members to prevent the collision of the two events.