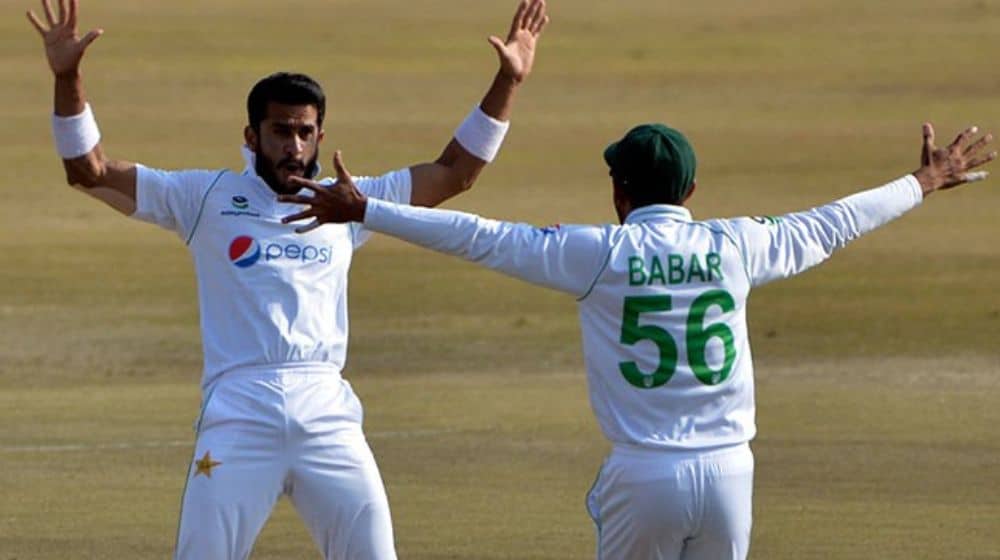 Pakistan’s right-arm pacer, Hasan Ali, has responded hilariously on Twitter to a cricket fan’s question about his conversation with the all-format captain, Babar Azam, during a Quaid-e-Azam Trophy match.

Babar Azam visited Gaddafi Stadium in Lahore during the last-round match of the Quaid-e-Azam Trophy between Southern Punjab and Central Punjab, where he met with national players including Hasan Ali.

One of the cricket fans asked Hasan on Twitter while sharing a photo of Hasan and Babar engaged in conversation, “Please also tell me what is going on between you two that Babar Azam’s expression has changed.”

The right-arm pacer responded in a hilarious way, saying they were discussing Shadab’s wedding. “Basically we [were] talking about Shadab’s wedding; Babar [was] saying that will not happen,” Hasan wrote.

The T20 vice-captain, Shadab Khan, did not hold back in responding, saying, “You people think I have grown enough. Everyone asks for my wedding. I am just a kid.”

It is pertinent to mention here that Hasan Ali was once considered an integral part of Pakistan’s pace attack, but he was dropped from the national squad after a string of poor performances in the past few series.

The 28-year-old pacer was expected to be a member of the 18-member squad for the three-match Test series against England scheduled to start on December 01 in Pindi, but he did not make the cut.