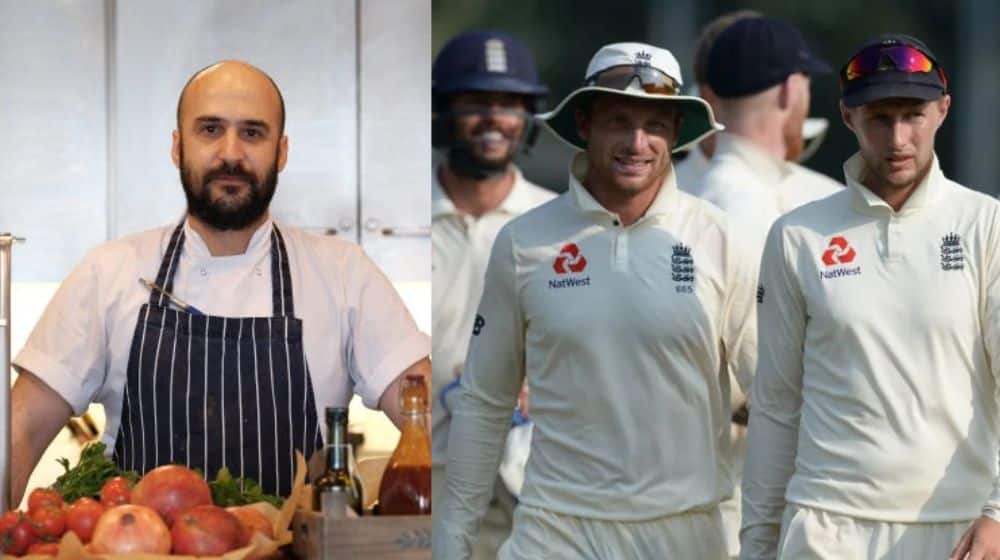 England cricket team has hired a chef for the three-match Test series against Pakistan after some of the players experienced stomachaches during the seven-match T20I series earlier this year.

According to the details, Omar Meziane, who served as the English football team’s chef during the 2018 FIFA World Cup and Euro 2020, will be the chef on the historic tour of Pakistan.

It was reported by ESPNcricinfo that during England’s seven-match T20I series in the sub-continent country, some of the white-ball players and support staff complained that the food was subpar.

It is pertinent to mention here that this will be the first time England and Wales Cricket Board (ECB) has hired a chef specifically for an overseas tour. The series will kick off on December 1 at Pindi Stadium.

England all-rounder, Moeen Ali, who led the side in Buttler’s absence, while speaking to the media after the T20I series said, “Food-wise, I have been a little bit disappointed in Lahore. Karachi was nice.”

It is to mention here that England’s red-ball team will play Test cricket in Pakistan for the first time in nearly 17 years. The last time they met was in 2005 when the home team won the series 2-0.