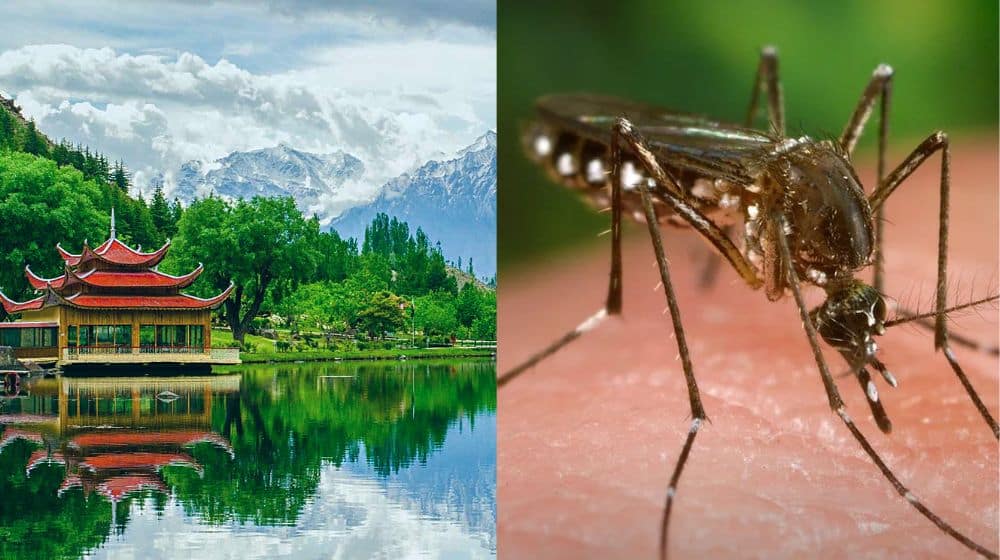 Climate change has heightened the dangers of dengue outbreaks in northern areas of Pakistan, including Azad Jammu and Kashmir (AJK), Gilgit-Baltistan (GB), and parts of Khyber Pakhtunkhwa (KP).

A recent study – modeling the impact of climate change on dengue outbreaks and future spatiotemporal shifts in Pakistan – has revealed that dengue could infiltrate the non-risky high-altitude zones because of global warming.

As the virus breeds in warm temperatures, scientists and experts at the Global Change Impact Studies Centre (GCISC), Health Services Academy (HAS), and the National Institutes of Health (NIH), claim that dengue transmission suitable days (DTSD) could reach the colder regions of the country due to gradually increasing temperatures.

According to the scientists, elevated cities like Kotli, Drosh, and Muzaffarabad, could experience DTSD in the late 2020s, Quetta, Zhob, and Garhi Dopatta in the 2050s, and Bunji and Chitral in the 2080s.

At the same time, Islamabad, Karachi, and Balakot will remain at the highest risk of dengue outbreaks in the 21st century.

As per the study, Hyderabad, Karachi, Jhelum, Lahore, Sialkot, Faisalabad, Peshawar, Kohat, and Islamabad, are the top ten cities with the fastest DTSD occurrence. Fortunately, the DTSD in the aforementioned cities is likely to decline due to global warming.

Subsequently, the study has advised the authorities to take measures against the breeding environment of dengue mosquitos in the country.