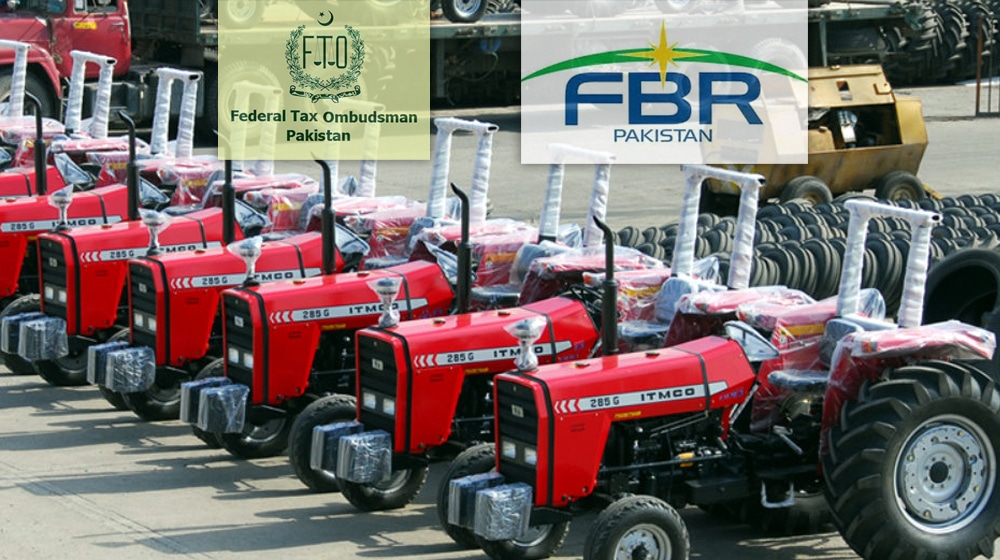 The Federal Tax Ombudsman (FTO) has unearthed serious flaws in the sales tax invoicing system of M/s. Millat Tractors Limited (MTL) during the supply of tractors in the local market, defrauding the national exchequer by camouflaging transactions made by the company.

An order issued by the FTO exposed massive irregularities committed by the said company during the supply of tractors in the local market. The FTO order disclosed that invoicing is the cardinal concept in Pakistan’s sales tax regime.

As per invoices issued by MTL, 47 unrelated persons have been listed as the payers, who have neither booked tractors through the authorized dealer, neither made any payment, nor maintained any business relationship with the payer, nor are they owned by the real payer/complainant, Mr. Shahzad Riaz. The case appears to be a classic example wherein goods are delivered to one person and invoices are issued to other (dummy) or fictitious persons.

Authorized representatives of MTL confirmed that, like all other local tractor manufacturers, MTL also books tractor sales through authorized dealers, and invoices are issued as per buyer details provided by the said dealers. MTL’s stance is that the dealer in question had obtained 47 CNICs from the complainant and submitted them onward to MTL, which is not only unsubstantiated, it is against the legal provisions as well.

When the payment through 91 pay orders made by the complainant is directly received and credited to MTL’s A/Cs, then there remains no ambiguity about the payer, especially when 47 tractors were delivered by MTL to the complainant. If, for a while, MTL’s argument that invoices are issued in the names of buyers whose CNICs are conveyed by the authorized dealers holds, then the following issues may crop up:

The FTO said that the above-referenced scheme, at best, conceals the true particulars of payers, and at worst aims to defraud the national exchequer by camouflaging the transactions made by commercial entities, persons in the garb of engineered purchases attributed to fake growers and farmers. On one hand, it conceals commercial transactions made by non-growers and farmers, and on the other, it paves the way for the filing, processing, sanctioning, and issuance of bogus sales tax refunds by tractor manufacturing companies.

The above-referred case reveals another material fact whenever any booking is made by a genuine grower or farmer through authorized dealers, the payment through banking instruments is made by the buyer/grower himself, and an invoice is issued in his own name. Such genuine instances are clearly distinguishable from the bulk of sales, wherein payment is received from someone else and invoices are issued in the names of lenders or benamidars.

Thus, the above discussions clearly indicate the neglect, inattention, incompetence, inefficiency, and ineptitude of the tax authorities, who, though they claim to be conducting audits and monitoring MTL, have so far failed to unearth this patently illegal invoicing system. This is not only detrimental to the interest of revenue; it also defeats the intent of the legislation to facilitate small growers/farmers, as FTO Order adds.