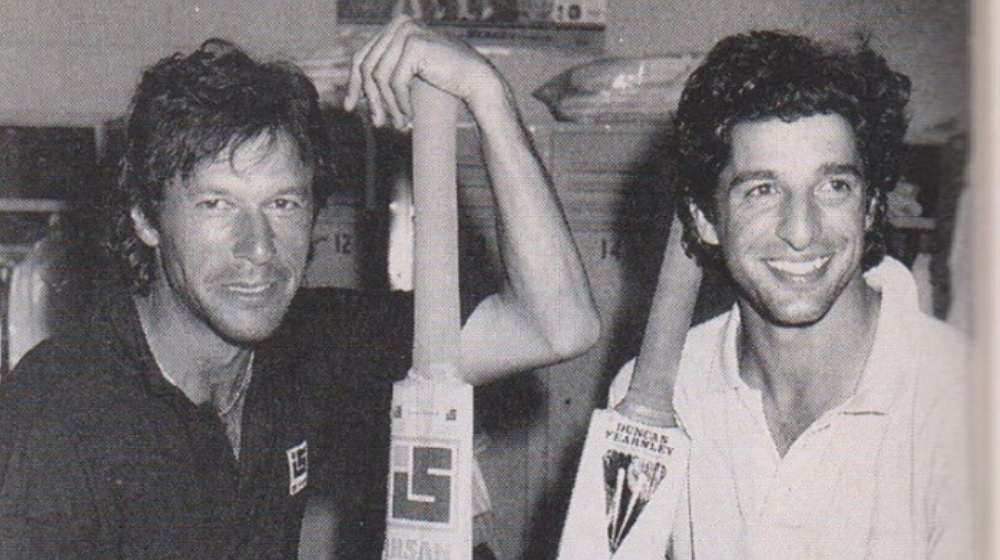 Former pacer Wasim Akram took a trip down memory lane to share the memories of Imran Khan. Recalling the moments from his early playing days, Wasim Akram revealed that Imran Khan once abandoned him on an Island in South America.

Talking about his time with legendary cricketer and ODI World Cup-winning captain, Imran Khan, in an interview, Wasim Akram shared some awkward yet funny moments from the old days. The former pacer told that Imran Khan was seen as a strict captain but he had fun times with him.

Telling a hilarious story of their time off the field, Wasim Akram said, “He said in his husky voice ‘Let’s go to the nightclub’. I was like ‘I am ready, skipper’. We then went to a club and he ordered a glass of milk because he never drank in his life. That was bizarre.” However, he was surprised upon seeing a large number of fangirls in the club only there to shake hands with Imran Khan.

The legendary cricketer also shared an awkward moment from the early days of his career when Imran Khan left him on his own on a remote island. “We went to the airport with his friend. She had a private jet. It was a 45 minute-flight to an island. And then they went into the house to have a ‘chat’. We were left there, standing in the middle of an island. We couldn’t even go back to the hotel,” he told with a laugh.

Wasim Akram was a crucial part of the 1992 World Cup-winning team led by Imran Khan and he was always considered a product of Imran Khan’s eye for detecting raw talent as the young pacer was brought into international cricket out of nowhere.