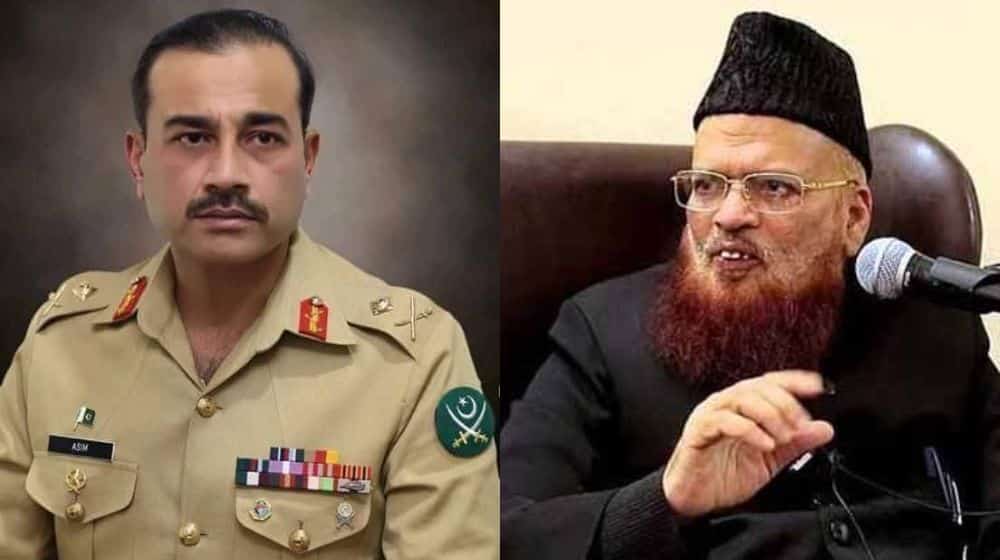 In this regard, he tweeted that a Hafiz-e-Quran has been chosen as the Army Chief for the first time and added that COAS, General Asim Munir, memorized the Holy Quran in Madina, Saudi Arabia.

He further remarked that he expects newly appointed COAS to be mindful of Quranic guidance while carrying out his duties and maintained that his promotion deserves a warm welcome.

It is worth mentioning here that COAS, General Asim Munir, will formally assume charge on 29 November after General Qamar Javed Bajwa bids farewell to his six-year tenure.

General Asim Munir, the 11th COAS of the Pakistan Army, was commissioned in the 23rd Frontier Force Regiment, making him the military’s most senior official after the retiring COAS, General Bajwa.

Moreover, General Asim Munir began his military career in 1986 and was elevated to Lt. General rank in September 2018. In addition, he has been awarded several civilian and military honors, including Hilal-e-Imtiaz, Tamgha-e-Azam, Jamhuriat Tamgha, etc.