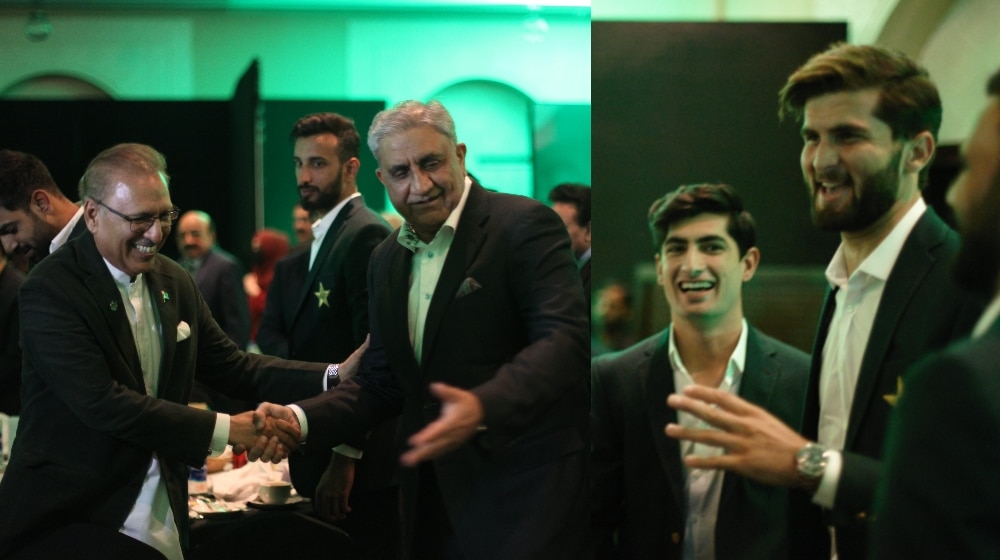 Pakistan’s journey to reach the finals of the T20 World Cup 2022 was a rollercoaster ride. While the Green Shirts could not bring the trophy home, they brought back tons of memories.

From losing to India and Zimbabwe by the finest of margins to defeating unbeatable South Africa and New Zealand, the Pakistan cricket team was mercurial yet miraculous. To celebrate the special moments of the mega-event, PCB has hosted a dinner in Islamabad today.

The entire World Cup squad was invited to the event while the players set to play the upcoming Test series against England were also there.

Moreover, the Chief of Army Staff, General Qamar Javed Bajwa, and the President of Pakistan, Dr. Arif Alvi, also graced the special event to commemorate the bright aspects of Pakistan’s momentous ride to the final of T20 World Cup 2022.

President of Pakistan Dr Arif Alvi and Chief of Army Staff General Qamar Javed Bajwa join us on the evening honouring the achievements of our cricket stars. pic.twitter.com/vkmBbYhuYT

If this was a movie poster, name the movie!#UnitedWeWin pic.twitter.com/T9A05JN96t