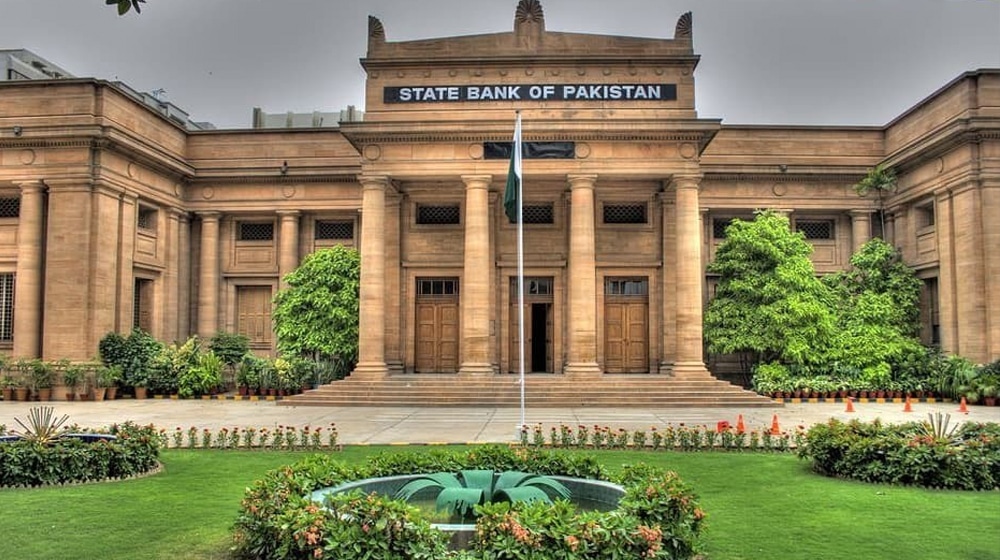 The Monetary Policy Committee (MPC) of the central bank convened today with SBP Governor Jameel Ahmad in the chair to announce the last scheduled monetary policy for the calendar year 2022.

According to a statement issued by the bank, “At today’s meeting, the Monetary Policy Committee (MPC) decided to raise the policy rate by 100 basis points to 16%”.

“This decision is aimed at ensuring that elevated inflation does not become entrenched & that risks to financial stability are contained, thus paving the way for higher growth on a more sustainable basis. Higher food & core inflation are key contributors to elevated inflation.,” it added.

1/3 At today’s meeting, the Monetary Policy Committee (MPC) decided to raise the policy rate by 100 basis points to 16%. https://t.co/E4scWh3Eeo

It said, “After incorporating the Post-Disaster Needs Assessment of the floods and latest developments, the FY23 projections for growth of around 2% and a current account deficit of around 3% of GDP shared in the last monetary policy statement are re-affirmed”.

At today’s meeting, the Monetary Policy Committee (MPC) decided to raise the policy rate by 100 basis points to 16 percent. This decision reflects the MPC’s view that inflationary pressures have proven to be stronger and more persistent than expected. It is aimed at ensuring that elevated inflation does not become entrenched and that risks to financial stability are contained, thus paving the way for higher growth on a more sustainable basis.

Amid the ongoing economic slowdown, inflation is increasingly being driven by persistent global and domestic supply shocks that are raising costs. In turn, these shocks are spilling over into broader prices and wages, which could de-anchor inflation expectations and undermine medium-term growth. As a result, the rise in cost-push inflation cannot be overlooked and necessitates a monetary policy response. The MPC noted that the short-term costs of bringing inflation down are lower than the long-term costs of allowing it to become entrenched. At the same time, curbing food inflation through administrative measures to resolve supply-chain bottlenecks and any necessary imports remains a high priority.

Since the last meeting, the MPC noted three key domestic developments. First, headline inflation increased sharply in October, as the previous month’s administrative cut to electricity prices was unwound. Food prices have also accelerated significantly due to crop damage from the recent floods, and core inflation has risen further. Second, a sharp decline in imports led to a significant moderation in the current account deficit in both September and October. Despite this moderation and fresh funding from the ADB, external account challenges persist.

Third, after incorporating the Post-Disaster Needs Assessment of the floods and latest developments, the FY23 projections for growth of around 2 percent and a current account deficit of around 3 percent of GDP shared in the last monetary policy statement are re-affirmed. However, higher food prices and core inflation are now expected to push average FY23 inflation up to 21-23 percent.

Looks like SBP is more concerned with rising inflation. Moreover, IMF talks for the next tranche are underway and are delayed which may have also compelled the committee to take this step to fight inflation.

Economic activity has continued to moderate since the last MPC meeting on account of transient disruptions from floods and ongoing policy and administrative measures. In October, most demand indicators showed double-digit contraction on a yearly basis—including sales of cement, POL, and automobiles.

ALSO READ
28 Million More People to Have Broadband Access by June 2023: IT Minister

On the supply side, electricity generation declined for the fifth consecutive month, falling by 5.2 percent (y/y). In the first quarter of FY23, LSM production was flat relative to last year, with only export-oriented sectors contributing positively. In agriculture, the latest estimates suggest sizeable output losses to rice and cotton crops from the floods which, together with tepid growth in manufacturing and construction, will weigh on growth this year.

The current account deficit continued to moderate during both September and October, reaching $0.4 and $0.6 billion, respectively. Cumulatively, the current account deficit during the first four months of FY23 fell to $2.8 billion, almost half the level during the same period last year. This improvement was mainly driven by a broad-based 11.6 percent fall in imports to $20.6 billion, with exports increasing by 2.6 percent to $9.8 billion.

On the other hand, remittances fell by 8.6 percent to $9.9 billion, reflecting a widening gap between the interbank and open market exchange rate, normalization of travel, and the US dollar strengthening. On the financing side, inflows are being negatively affected by domestic uncertainty and tightening global financial conditions as major central banks continue to raise policy rates.

The financial account recorded a net inflow of $1.9 billion during the first four months of FY23, compared to $5.7 billion during the same period last year. Looking ahead, higher imports of cotton and lower exports of rice and textiles in the aftermath of the floods should be broadly offset by a continued moderation in overall imports due to the economic slowdown and softer global commodity prices.

As a result, the current account deficit is expected to remain moderate in FY23, with FX reserves gradually improving as anticipated external inflows from bilateral and multilateral sources materialize. If the recent decline in global oil prices intensifies or the pace of rate hikes by major central banks slows, pressures on the external account could diminish further.

Despite the budgeted consolidation for FY23, fiscal outcomes deteriorated in Q1 relative to the same period last year. The fiscal deficit increased from 0.7 to 1 percent of GDP, with the primary surplus declining from 0.3 to 0.2 percent of GDP. This deterioration was largely due to a decline in non-tax revenues and higher interest payments.

ALSO READ
Rupee Struggles Against US Dollar, Other Currencies Despite Massive Political Clarity

At the same time, growth in FBR tax revenues more than halved to 16.6 percent during the first four months of FY23. In response to the floods, the government has implemented a number of relief measures for the agriculture sector, including mark-up subsidies for farmers and the provision of subsidized inputs. The floods could make it challenging to achieve the aggressive fiscal consolidation budgeted for this year, but it is important to minimize slippages by meeting additional spending needs largely through expenditure re-allocation and foreign grants while limiting transfers only to the most vulnerable.

Maintaining fiscal discipline is needed to complement monetary tightening, which would together help prevent the entrenchment of inflation and lower external vulnerabilities.

In line with the slowdown in economic activity, private sector credit continued to moderate, increasing only by Rs. 86.2 billion during Q1 compared to Rs. 226.4 billion during the same period last year. This deceleration was mainly due to a significant decline in working capital loans to wholesale and retail trade services as well as to the textile sector in the wake of lower domestic cotton output, and a slowdown in consumer finance.

Headline inflation rose by almost 3½ percentage points in October to 26.6 percent (y/y), driven by the normalization of fuel cost adjustments in electricity tariffs and rising prices of food items.

As a result of these developments, inflation projections for FY23 have been revised upwards. While inflation is likely to be more persistent than previously anticipated, it is still expected to fall toward the upper range of the 5-7 percent medium-term target by the end of FY24, supported by prudent macroeconomic policies, orderly Rupee movement, normalizing global commodity prices and beneficial base effects. The MPC will continue to carefully monitor developments affecting medium-term prospects for inflation, financial stability, and growth.