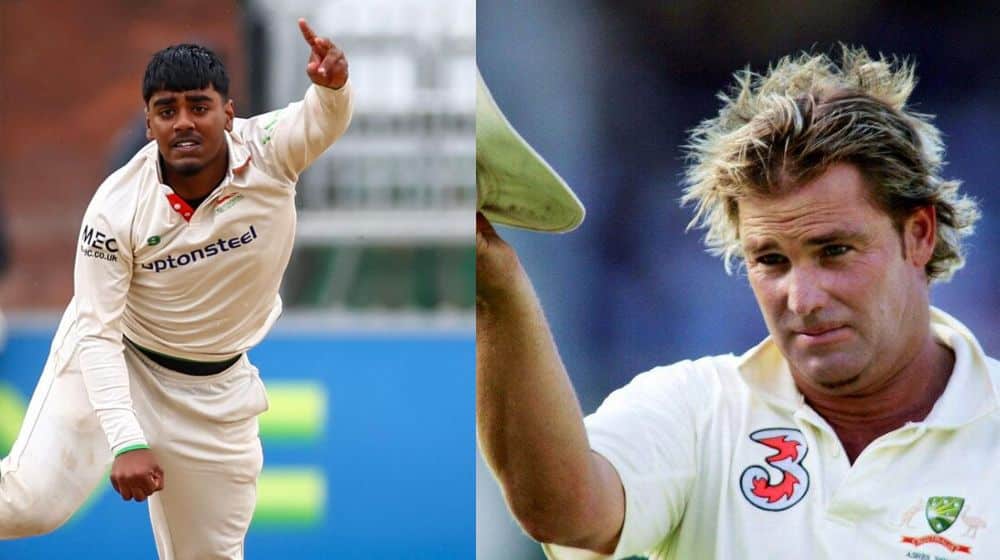 England and Wales Cricket Board (ECB) announced a strong red-ball squad for the three-match Test against Pakistan which will kick off on December 01 at Rawalpindi Cricket Stadium.

The English selection committee has also added an 18-year-old leg-spinner, Rehan Ahmed, to the squad for the historic series. He will also become the youngest Test cricketer for England in the history of cricket.

Meanwhile, following the announcement of the squad, a video of the teenager with legendary spinner, Shane Warne, when he was just 13 years old and receiving praise from the Australian great went viral on social media.

In the viral video, the legendary spinner can be heard telling the British Muslim, “That is awesome man! Good, I am going to keep a close eye on you. I think we will be commentating on you very soon.”

“I think you are going to be playing first-class cricket by the age of 15!” The Australian great was not too far out with his prediction. Warne though was not the only big name in the sport to notice Ahmed’s talents at a young age.

This old video of Shane Warne telling a 13-year-old Rehan Ahmed that he'll be playing first-class cricket by 15 is really quite heartwarming.pic.twitter.com/K4uwxrqJ3r

Speaking to the media, England’s director of cricket, Rob Key, said, “This is the best way to aid his development. He is a serious talent, but he might be four or five years off from being the finished product. He is nowhere near the finished article at the moment.”