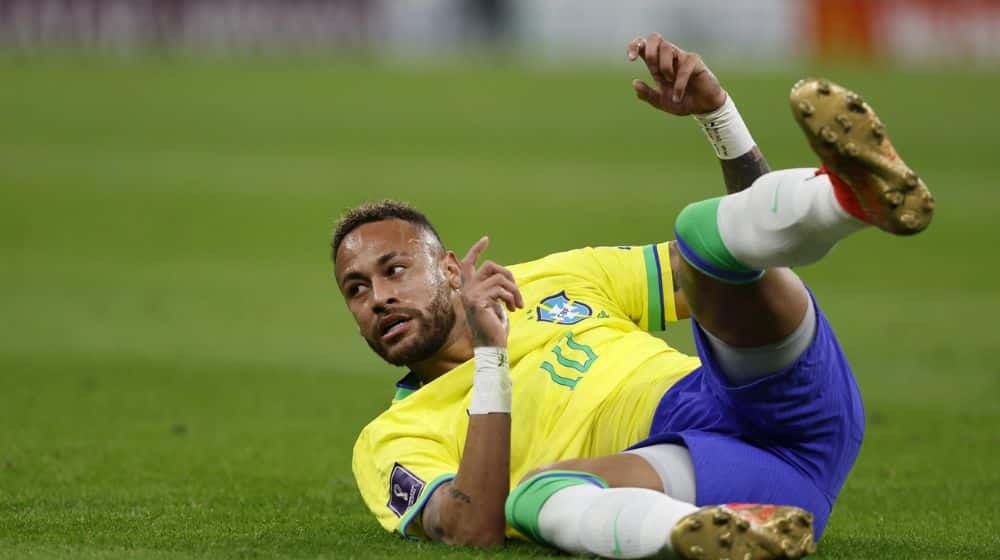 Brazil’s superstar, Neymar, will miss out on the next two games of the FIFA World Cup 2022 due to an ankle injury.

In the world cup face-off between Brazil and Serbia, the 30-year-old forward suffered an injury in his right ankle due to a heavy tackle. Therefore, the star footballer had to leave the field in the 80th minute of the game against Serbia. He was replaced by Manchester United’s winger, Antony, as Brazil won the game by 2-0.

According to Brazil’s medical team, the MRI showed ligament damage in his ankle. Consequently, Neymar will not be able to be a part of Brazil’s lineup for the next two games of the megaevent, thus ruling him out of the group stages of the tournament.

The star footballer termed it as ‘one of the most difficult moments of my career’.

Moreover, Brazil’s right-back, Danilo, also suffered ligament damage to his ankle and he has also been ruled out of the next two games.

Brazil will face Switzerland and Cameroon in their next two matches as they look to secure a place in the knockout stage of the competition.