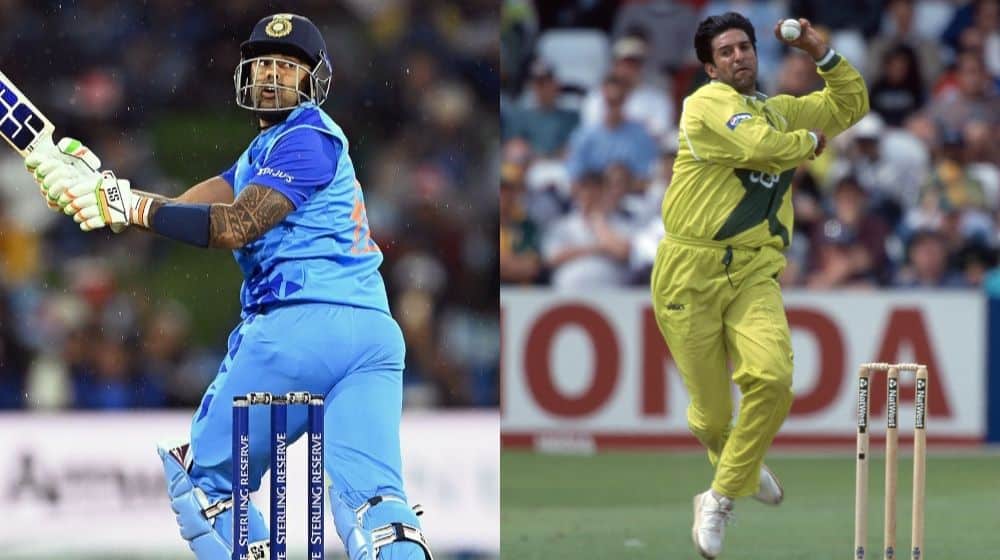 Indian batter Suryakumar Yadav has chosen former Pakistani pacer Wasim Akram as the only bowler he would like to face from the past.

Known for his fiery form of batting, Suryakumar Yadav has reached the top tier of T20I cricket in almost no time. The star Indian batter is currently ranked as the best T20I batter, just above Mohammad Rizwan.

His 49-ball hundred against New Zealand in the 2nd T20I only added more to his spectacular numbers since he is the only Indian batter to hit a thousand runs in the shortest format of the game this year.

In an interview with the popular cricket website, ESPNCricinfo, Suryakumar Yadav revealed that former Pakistani pacer Wasim Akram is his favorite bowler from the past and he would have wished to bat against him if only they played in the same era.

Simultaneously, Wasim Akram had also ranked the explosive batter highly, declaring him from ‘another planet’ for his variety of shots and power-hitting abilities during the recently concluded T20 World Cup 2022 in Australia.