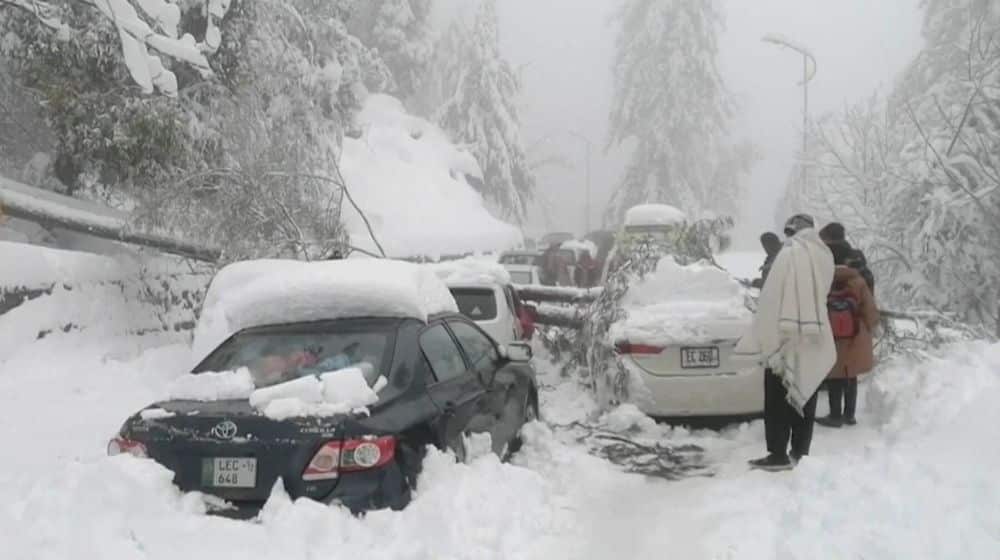 The local government has issued a high alert for Murree, taking into account the previous tragedy in which around 23 people lost their lives after suffocating to death while being stuck inside their cars.

The authorities have also finalized their arrangements to ensure traffic movement throughout the winter season and have set up snow camps at various locations.

In addition, security forces have been stationed in the area in order to assist the tourists in case of any emergency.

In a separate development, the Punjab government made the decision to buy heavy machinery for snow removal in Murree. In this regard, Murree’s administration authorized a tender to buy machinery worth Rs. 1.3 billion.

Thousands of vehicles were stranded in January of this year on the congested roads leading to the hill station of Murree. Heavy snowfall made the situation worse by forcing people to spend the night stuck in their cars.

Resultantly, around 23 people passed away while being stuck in their vehicles. Some of them reportedly died due to carbon monoxide poisoning.

According to the details, Pakistan’s armed forces and other law enforcement agencies (LEAs) rescued trapped citizens from approximately 23,000 vehicles.