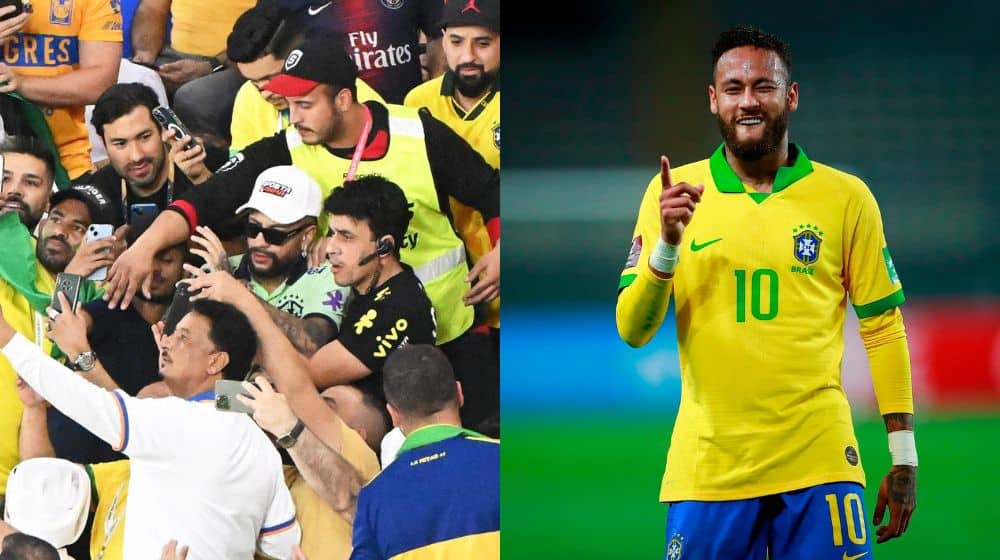 The stardom of international footballers knows no bounds as their fans cross all limits just to catch a glimpse of their favorite players. Fans of Brazilian superstar, Neymar Jr, thought they had hit the jackpot as they spotted the ‘superstar’ in the stadium, watching Brazil play against Switzerland.

The fans gathered around the Brazilian superstar to take selfies with him during the match, which went viral on social media for all the wrong reasons. It emerged that the person was not Neymar Jr, rather it was his doppelganger, Eigon Oliver.

The incident went viral on various social media platforms as football fans were amazed at the striking resemblance between Eigon and Neymar.

According to details, Eigon came to the stadium dressed like Neymar on purpose to fool the fans. The doppelganger went as far as having the same tattoo on his neck as Neymar.

Check out the viral images:

Brazil fans thought they were taking a selfie with Neymar 😅 pic.twitter.com/kJ1po1cjqM

The post garnered over 40,000 likes and 3,000 retweets as the social media users pounced on the opportunity to troll the fans who mistook Eigon for Neymar.

The look-alike was also spotted walking in the streets of Doha.

The Brazilian superstar is currently nursing an ankle injury suffered during Brazil’s opening encounter against Serbia. Neymar has been ruled out of action till the end of the 2022 FIFA World Cup group stages, and his participation in the rest of the tournament is still in doubt.

Brazil has already booked a place in the Round of 16 of the competition with one game remaining in the group stage. Brazil will face Cameroon in the final match of the group stage on 3 December.