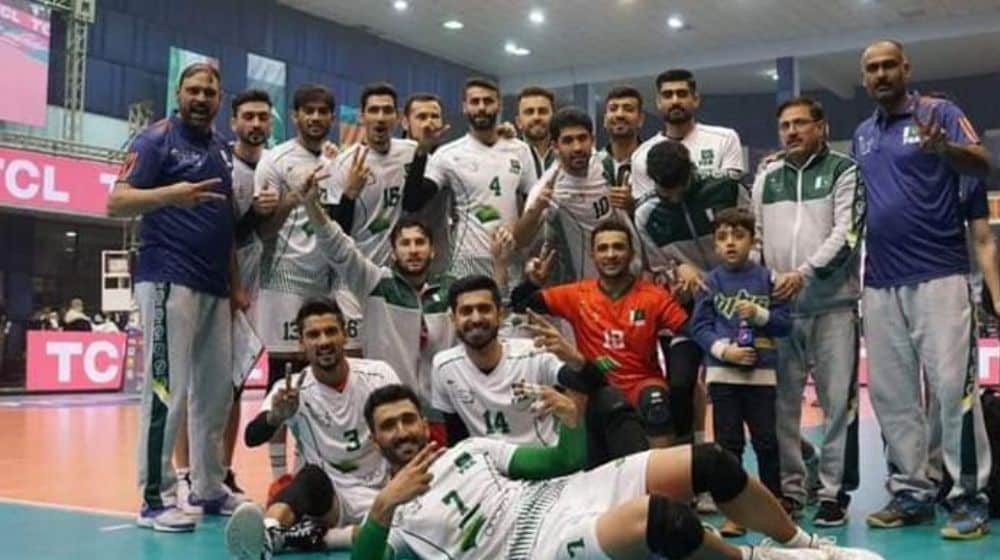 The Men in Green comfortably defeated Iran 3-1 in the final of the Central Asian Volleyball Championship in the Gymnasium Hall of Sports Board Punjab, Lahore.

While congratulating the national team, Prime Minister Shehbaz wrote on Twitter that the victory is a testament to the players’ grit, determination, and hard work in resurrecting Pakistan’s glory in sports.

It is a testament to our players' grit, determination and hard work in reviving Pakistan's glory in the arena of sports.

It is pertinent to mention here that Pakistan hosted the five-nation Central Asian Volleyball Championship for the first time in 17 years.

Apart from the host country, teams from Iran, Sri Lanka, Bangladesh, and Afghanistan also participated in the tournament.

Talking about the final match, Pakistan won the first two sets with scores of 16-25 and 17-25, respectively. Iran, on the other hand, bounced back in the third set, winning it 25-23. However, the home side clinched the fourth set to seal the deal for Pakistan.